I want a newspaper that can call a lie a lie 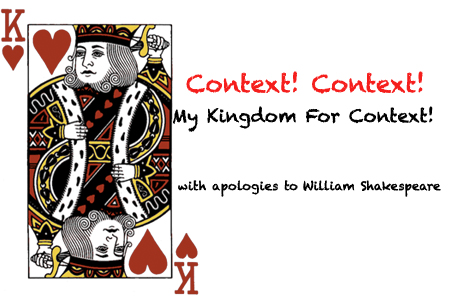 The New York Times’ ombudsman, Arthur S. Brisbane, asks today whether the paper should act as a “truth vigilante”:

[An] example: on the campaign trail, Mitt Romney often says President Obama has made speeches “apologizing for America,” a phrase to which Paul Krugman objected in a December 23 column arguing that politics has advanced to the “post-truth” stage.

As an Op-Ed columnist, Mr. Krugman clearly has the freedom to call out what he thinks is a lie. My question for readers is: should news reporters do the same?

[Some readers] worry less about reporters imposing their judgment on what is false and what is true. Is that the prevailing view? And if so, how can The Times do this in a way that is objective and fair? Is it possible to be objective and fair when the reporter is choosing to correct one fact over another?

Setting aside the (rather shockingly loaded) term “truth vigilante,” I would think the answer to these questions would be obvious, simply by looking at them from a business perspective.

The New York Times has a product they want me to buy. I only buy things that I perceive as having value commensurate with their price. So it’s in their interest to fill their product with information I can’t get immediately and for free elsewhere.

In the Internet age, what someone is saying about the events of the day is the very definition of information I can get immediately and for free elsewhere. I don’t need a third party to relay that information to me for a price; if I want to find out what Mitt Romney is saying about President Obama, I can get that information immediately and for free from MittRomney.com, or Romney’s Facebook page, or @MittRomney on Twitter. A “newspaper” that simply reprints this information the next day has no value to me.

What I can’t get easily and for free, on the other hand, is information that helps me evaluate the things Mitt Romney is saying about President Obama. Finding that information takes work; someone has to go sifting through mountains of information and find the few nuggets that actually bring perspective to the subject at hand. I don’t want to have to do that work for myself in every news story I read.

Brisbane sets up a choice between “reporting” and “opinion,” which is a standard way journalists divide up the world, and then asks us which one we prefer. But I believe this is a false dichotomy, because it leaves out a critical third element: context. Context is not opinion. Context is factual, reported information that brings additional perspective to a story beyond the basic details of who said what. Context is how you decide whether to believe who when she says what.

In a world where everybody is drowning in unfiltered information, context is pretty damn valuable.

So yes, Mr. Brisbane, if you know that someone you’re reporting on is lying to me, telling me that would be useful. It would be context. And it would make your paper something worth subscribing to.

Thankfully today i went on a search for something related to the word “optics” and found your site. Thanks for such insightful writing that’s a pleasure to read.