Stalin’s minions: an experiment in virality 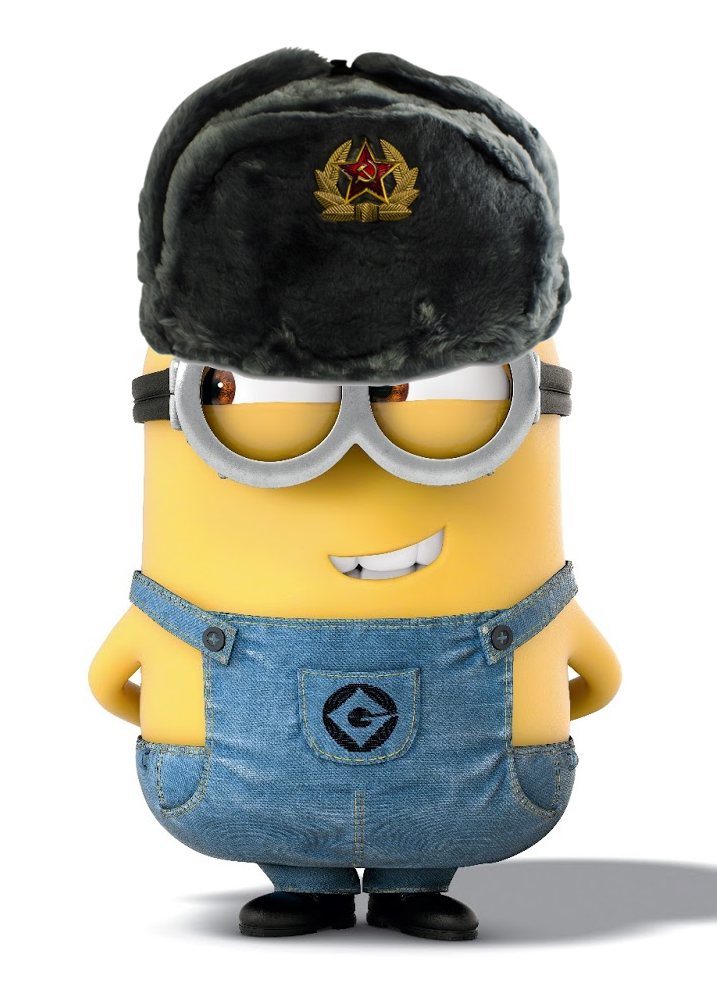 There’s an interesting story up at The Awl today, titled “How Minions Destroyed the Internet: The Horrible Story of the Perfect Meme,” about the exploding popularity of images juxtaposing banal sentiments with pictures of the animated “minion” characters from the Despicable Me movies:

Their whole gestalt is faux-brutal honesty; the sort of call-it-like-I-see-it posturing that thrives on social media. This makes Minions uniquely exploitable on the memescape. Their central core of mischief applies to many of the feelings that people like to vent through memes: anger, joke-y threats, the idea that whoever’s posting is smarter than everyone else around them. Minions can be paired with many of the same phrases that appear on graphic tees at Target.

In fact, I’ve spent the last two weeks trying to find the right analogy, and I think that’s it. Minions are the Target graphic tees of the internet.

Wait, no, wait I just got it. I figured out their appeal. Minions are basically emoji. They’re yellow, they run the emotional spectrum, they function as a malleable shorthand for almost indescribable feelings. Like, do you know what the nail art emoji means? It means a million different things. So does the prayer hands emoji. (This is an emerging area of academic study.) Okay, so… Minions are emoji with arms, legs, and goggles.

I’ve noticed these images popping up more and more myself, especially on Facebook, where they’ve become a sort of plague. So I read this piece with great interest.

I don’t, however, think either of author Brian Feldman’s analogies (Target t-shirts, emoji) really captures what these Minion memes are like. I would submit that the closest thing to them are the “Calvin peeing” decals, featuring the human half of the much-missed comic strip duo peeing on something or other, that have become ubiquitous on the nation’s truck cabs and motor homes. Like the Calvin-peeing decals, Minion memes have become a sort of visual shorthand that a certain type of opinion is about to be expressed — an opinion that is rooted more in knee-jerk reaction than deep thought. Family is good. Getting old is difficult. The Yankees suck. Nobody who holds these opinions reached them after struggling through a long night of the soul. They are completely unchallenging, and as such, they are perfectly tuned to spread virally.

In fact, I think that to a certain degree, the words that are put next to the Minion image no longer really matter much. What matters is the use of the Minion image itself. It serves as a kind of icon, a logo that says “I am not intellectually curious.” The words reinforce that, but it’s the image that sends the message. Putting it in your Facebook timeline or Pinterest pinboard or whatever is a way to announce to the world that you belong to this tribe of the clueless.

Which got me thinking about a way to test this hypothesis. What if there were Minion images paired with words that seemed at surface level to be innocuous, but, when Googled, turned out to be linked to one of history’s greatest monsters? Would they spread just as well as the banal, unchallenging ones? Would anyone who saw them actually bother to Google the words, or would they just see the Minion and start hammering the “Share” button so hard their computer table breaks in two?

Below are eight images, posted in high-res and ready for you to share far and wide. I call them “Stalin’s Minions,” because each one features a picture of an adorable Minion glancing mischievously at a phrase that is actually a quote from genocidal Soviet tyrant Joseph Stalin. Will your friends put in the five seconds of work it would take to discover that, or is that too much of a lift for them? Now you can finally know for sure.

Herewith, Stalin’s minions! Click any image for a full-size version, suitable for downloading/reposting. 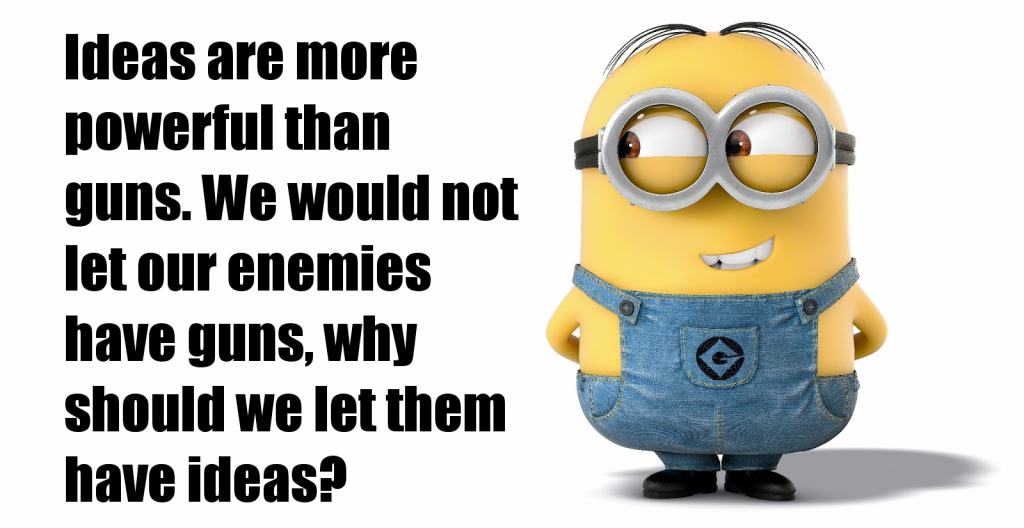 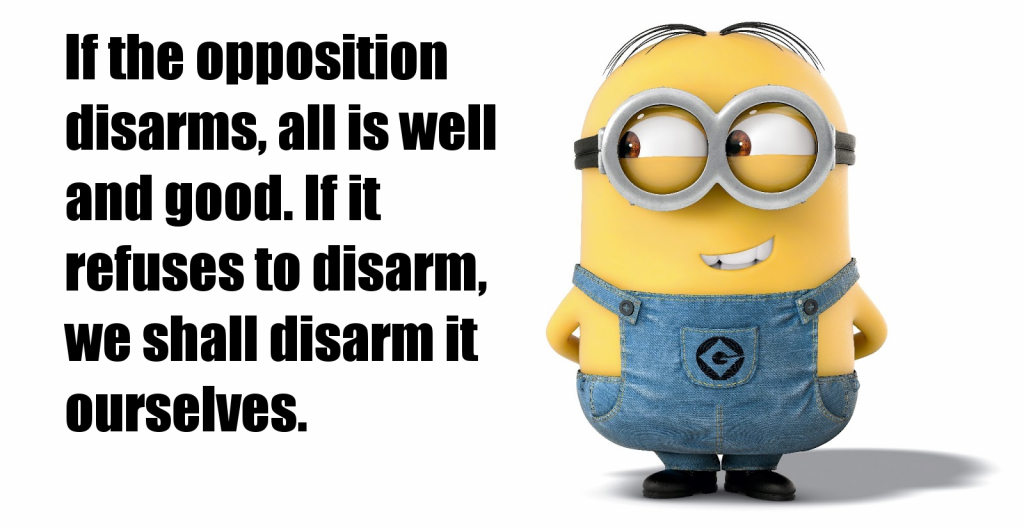 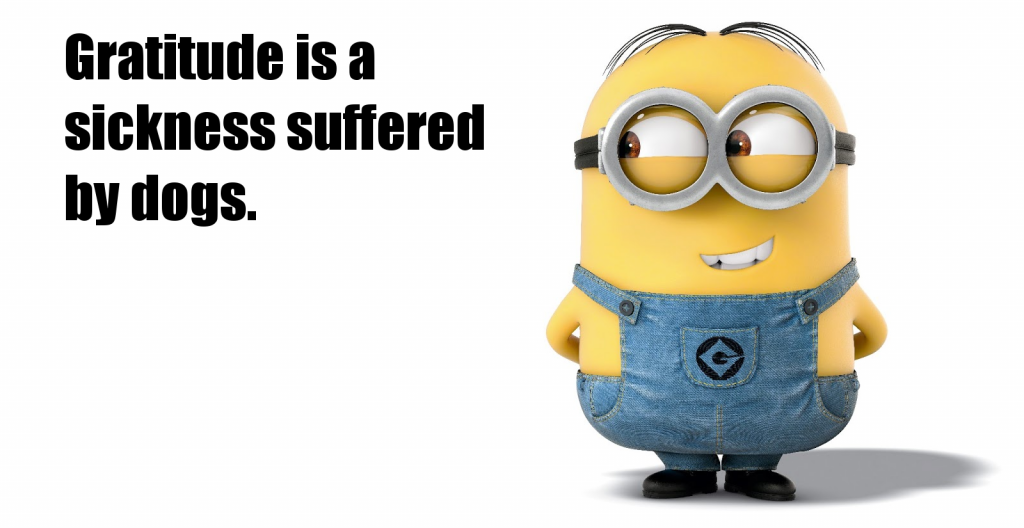 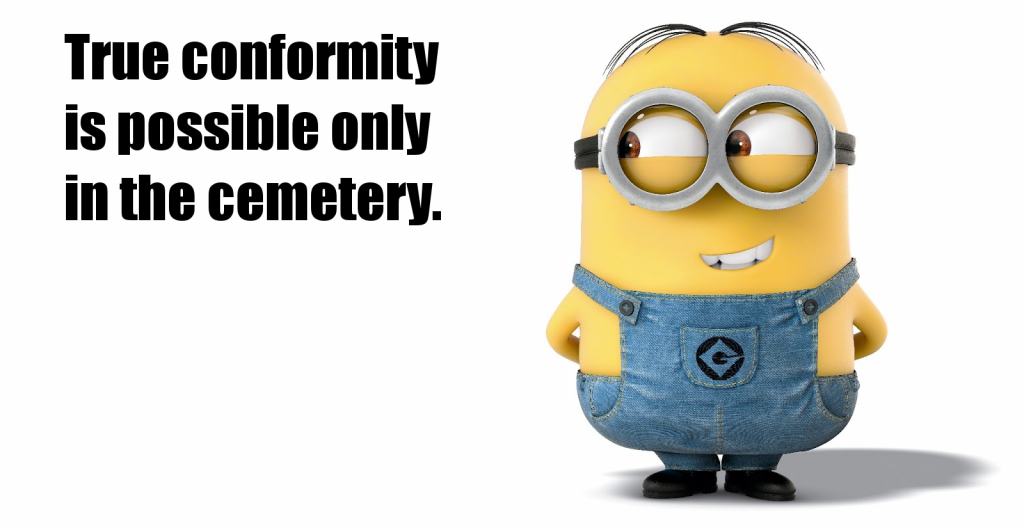 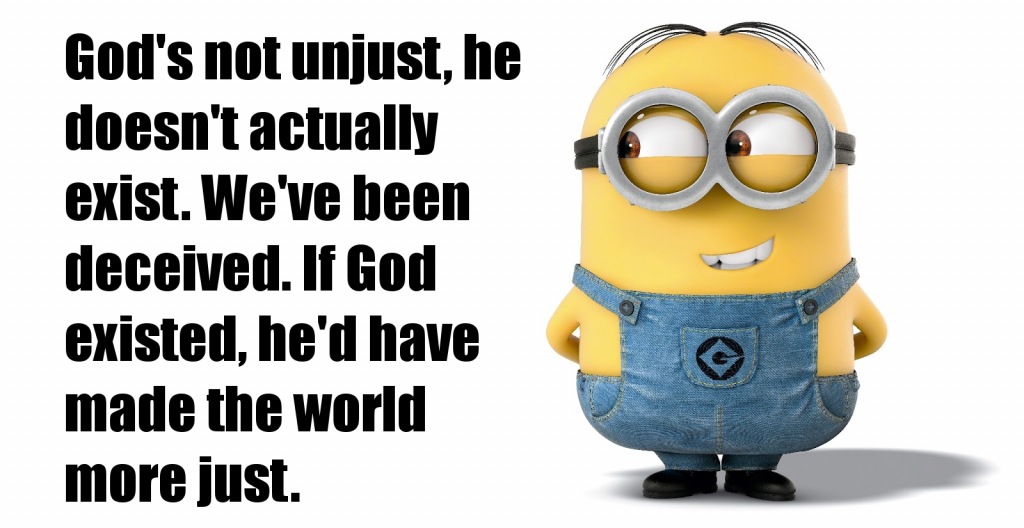 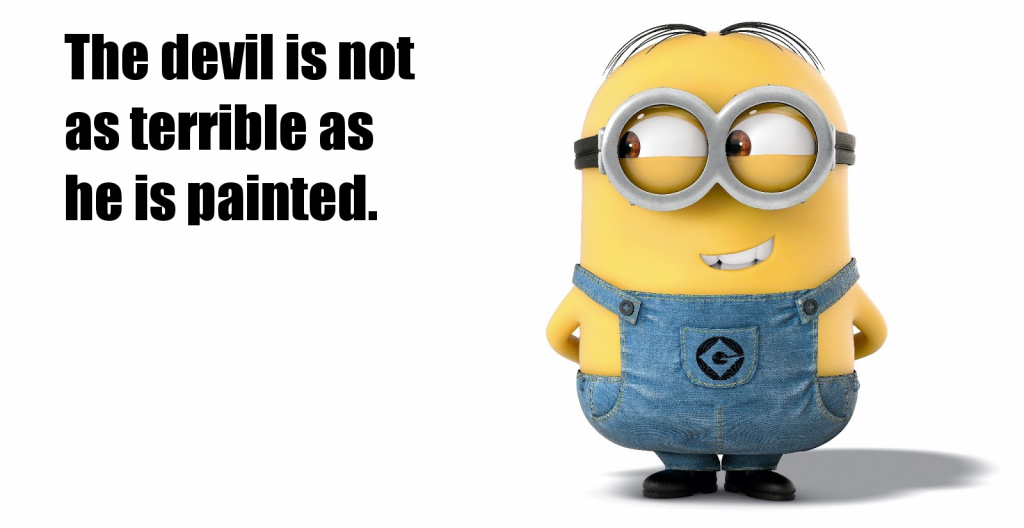