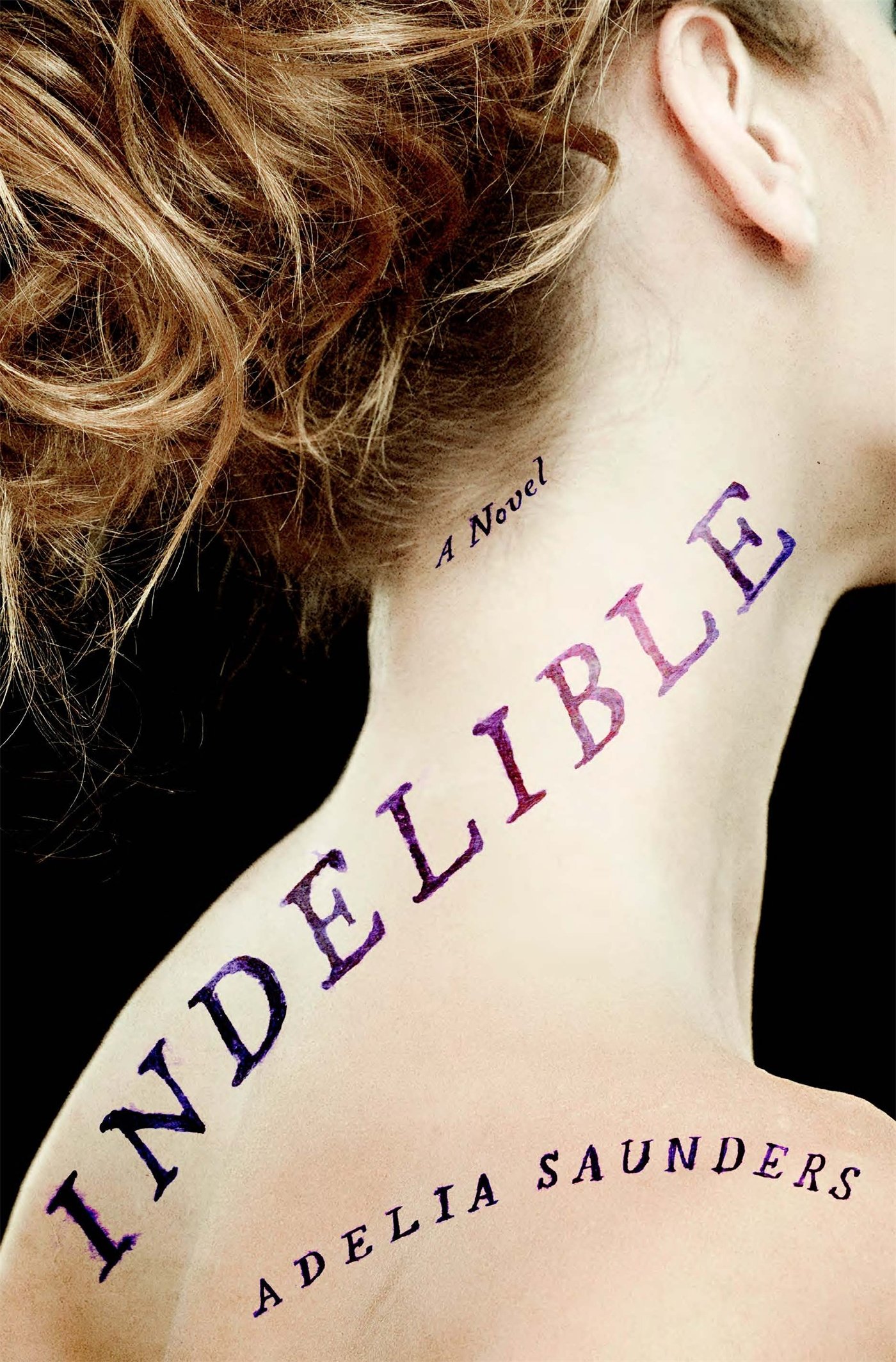 Magdalena is a young Lithuanian woman with a strange, inexplicable ability: she sees the facts of peoples’ lives written upon their skin. Even the facts of events that haven’t happened to them yet. A man’s name on a woman’s bare shoulder means that someday the woman and a man with that name will become entangled; mistakes and health conditions and too-early deaths are spelled out on the people all around her. Their futures are — literally — written all over them.

(Except for Magdalena’s own. When she looks at herself, her own skin is bare.)

When we meet her, this ability — I hesitate to call it a “gift,” because in practice it’s more of a curse — has driven her into a kind of self-imposed ostracism in the English town of Swindon. The burden of knowing the future of every person she meets the moment she meets them has proven to be too heavy. To avoid it, she purposely leaves her glasses off and practices looking past those people she has to deal with instead of directly at them — which leaves her seeming aloof and inaccessible to a world from which she keeps her ability a closely guarded secret.

But fate has other plans for Magdalena. Through a series of connections that are gradually revealed to us as the story goes forward, her life intersects with those of two men: Richard, an older man who is obsessed with the enigmatic death of his famous mother, an American novelist who cut a legendary swath through literary Paris in the 1950s before dying young, and Neil, Richard’s son, a student of history. Together they find that the questions each of them harbor can help the others find the answers they seek.

Indelible is a difficult novel to review. Where it works, it really, really works; and where it works best is in the character of Magdalena and the story of her curse. She’s a well-drawn character, completely realized and three-dimensional, and the effect of taking that thoroughly grounded character and draping over her a single thin sheet of fantasy is arresting. It makes her tragic in a weird, unearthly way that I found completely compelling.

Wisely, beyond letting us in on Magdalena’s secret, Saunders otherwise keeps Indelible‘s feet planted firmly on the ground. This is not a story about Magdalena discovering her True Heritage as a witch or something, and being whisked off to Witch University to find out she is The One The Prophecy Foretold. Beyond some nods in the direction that there may be others in the world with the same strange talent, Saunders doesn’t spend time telling us where that talent came from, or trying to build a mythology around it. It’s just a burden that fate, or God, or whatever has laid on this poor woman. Saunders is more interested in the woman than she is in the burden, which is what makes this a novel for grown-ups when the same premise could so easily have careered off into the young-adult Harry Potter-alike bargain bin.

When she moves beyond Magdalena’s story, though, Saunders stumbles. The chapters focusing on Richard and Neil never felt as satisfying as the ones focusing on Magdalena. The two men are rather dry, thin characters, and whenever the book turned back to them I kept wanting it to go back to Magdalena and her fascinating, otherworldly dilemma.

Richard, the older of the two men, is at least driven by something — his desire to learn the truth about the death of his famous mother. But watching a character sorting through old memories, trying to separate the facts from the fictions, feels low-stakes when you’ve just finished watching another character wrestle with something huge and unexplainable that’s happening to them right now. And Neil lacks even this kind of lower-stakes motivation; his character seems to exist mostly to provide a bridge between Richard and Magdalena, which isn’t enough to carry the weight of devoting a third of the book to following him around. I would have loved to have seen both of them pushed into the background and just have the novel focus on Magdalena.

There’s nothing in the world rarer than a perfectly formed first novel, though, so it’s probably unfair to Saunders to expect that her first outing would fire on all cylinders. It doesn’t, but when it sparks, it sparks. It has a crackerjack idea, one strong character to wrap it around, and some scenes where the character and the idea come together in ways that you won’t soon forget. It’s a flawed gem, but hold it up to the light at the right angle and it still sparkles. I enjoyed it, and I’m looking forward to reading more from Adelia Saunders in the future.

“Indelible,” by Adelia Saunders. Available in hardcover on January 17, 2017 from Bloomsbury USA.