What Hillary needs to do to win 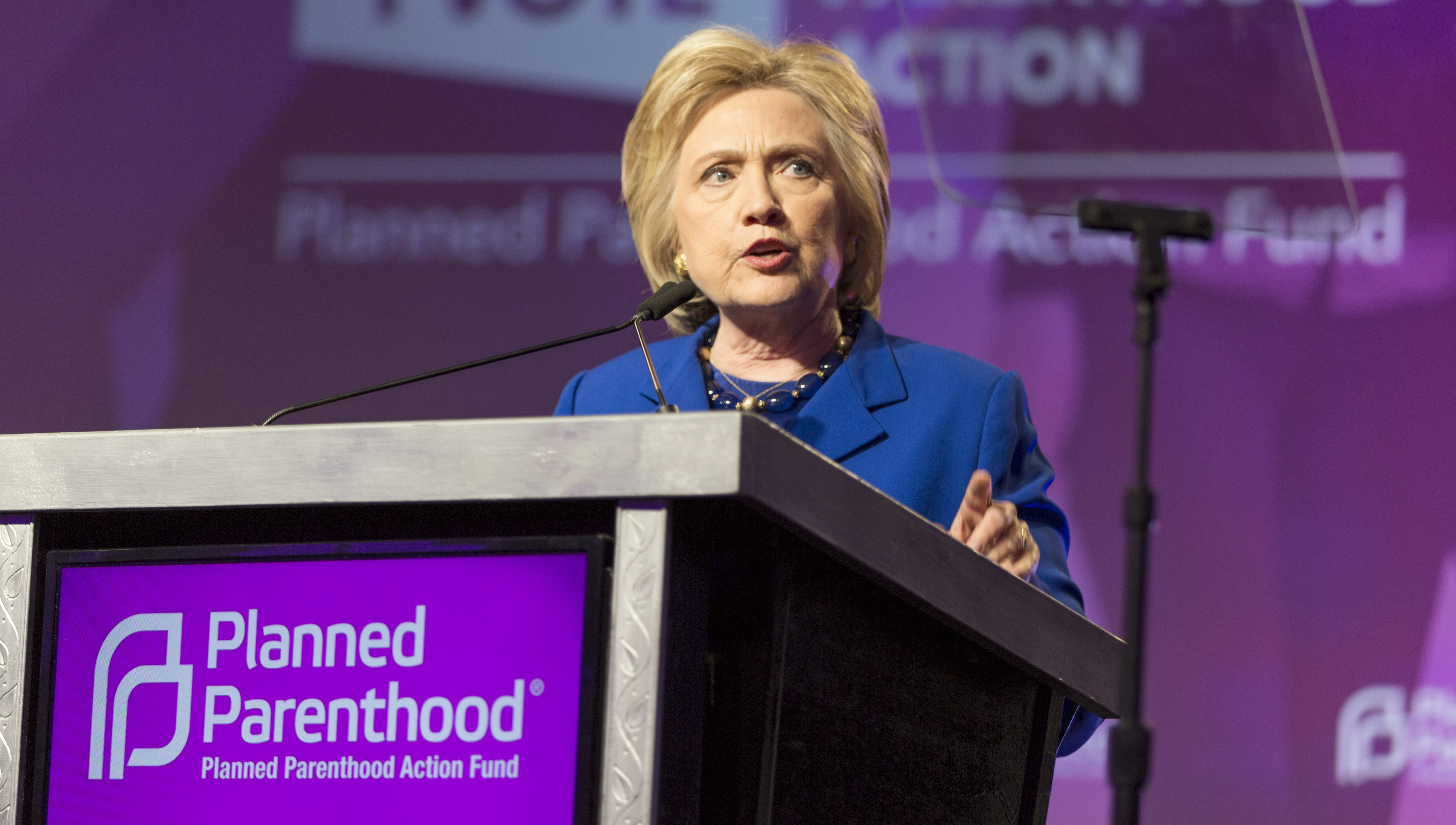 There’s been a fair bit of pearl-clutching going on over the last several days by many Democrats about Hillary Clinton’s chances to win the presidential election. It’s driven by a few different factors, but the main one is that the most recent polls are showing Donald Trump narrowing her lead, with some showing Trump having pulled even or ahead in key swing states like Florida and Ohio. So lots of people are wondering if Secretary Clinton has found a way to lose what by all rights should be an un-loseable election.

I don’t know if I’d go that far, but it’s true that her general-election campaign performance to date has been shaky at best. She’s been positioning herself as the safe alternative to Trump, and while that’s true as far as it goes it doesn’t really give people a good reason to vote for her, instead of against Trump. She’s playing not to lose instead of playing to win, and it’s given her whole campaign a feeling of smug complacency that’s poison for a candidate who’s as strongly associated as she is with the existing establishment.

Beyond strategy, there have been tactical errors as well. Most recently, despite running against a man who has refused to release any information at all about his health, by stonewalling on a completely normal case of pneumonia she has allowed herself to become the candidate whose health everybody is wondering about. Forget her doctors; her campaign advisors have committed political malpractice.

We’re still weeks away from election day, though. So what’s a struggling candidate to do? How can she turn this ship around?

If she asked me — not that she would, my consulting rate isn’t nearly gold-plated enough, but if she did — I would tell her to sit down and take a close look at this video, from last year. Because this is the Hillary she should really be wanting America to see right now.

The video, from GOOD Magazine, captures an exchange between Secretary Clinton and several Black Lives Matter activists in Boston during August 2015.

I encourage you to sit down for a few minutes and watch the whole thing. (Yes, even the rambling opening from the BLM activist, who has some trouble getting to his point.) Because the Hillary you’ll see in this video is not the Hillary we’ve seen on the stump so far.

There’s a lot of good lessons anyone in politics, not just Hillary, could take away from watching her here; this is how the pros play the game. But I would pull out a couple of specific points that I think are relevant to why this performance is one she should try to emulate across the board.

The first thing is that she is engaged. Once the guy from BLM finishes his opening statement and the two start going back and forth, watch her face when he starts talking again. She’s paying close attention, making mental notes on what he’s saying so she can let that knowledge inform her response.

In debates, she has a bad habit of coming across as pre-programmed, not so much going toe-to-toe with her opponents as rolling out lines of argument that were honed and tuned and focus-grouped days or weeks or even months ago. She’s spontaneous here in a way we rarely get to see her be.

Second, she’s self-deprecating, and in a way that manages to both feel sincere and to serve her political purpose. This happens when the question of the BLM activists’ youth versus her own relative age arises. Her response feels sincere; instead of trying to duck the question, she wraps her arms around it, acknowledging her age and praising them for their youthful vigor and passion. And it serves her political purpose too, because she uses her age to link herself to the mainline civil rights establishment — turning aside the activists’ original charge, which was that her 1990s support for mass incarceration makes her an opponent of civil rights for African-Americans. It’s a very deft, very adroit little bit of politics.

Finally, she’s challenging in a way that I frankly haven’t seen her be before. While accepting the activist’s premises, she very directly lays out the ways in which her theory of politics differs from his, and shows willingness to push back and demand that her listener collaborate with her to solve the problem instead of just accepting all the responsibility onto herself.

It’s this last part that’s the most bracing and, I think, the most potentially transformative. Americans know that we have problems in this country. You only have to look at the “right track/wrong track” numbers to see that in very stark terms. So far, Clinton’s approach has been to deny that those problems exist, which has managed to both make her seem tone-deaf and to cede any voter who’s dissatisfied for any reason at all to her opponent.

Imagine if she made a U-turn on that point, though. Imagine if she wrapped her arms around it and said to Americans: “Here are the challenges I believe we face. I have ideas for how we can address them. But I can’t do this alone. You have to pitch in too, and here’s how.” Stop running from the right track/wrong track numbers, in other words, and use them as an opportunity for a John F. Kennedy-style message: “ask not what your country can do for you, but what you can do for your country.”

I think there’s a lot of room for that kind of message right now. In fact I think there’s a kind of hunger for it. People want to make things better, they want to mobilize beyond the facile George W. Bushian “take your family and go shopping” mobilization that’s just dressing things we already do up in yellow ribbons and flag pins.

Trump isn’t speaking to that; his “solutions” are just endless variations on His Trumpness somehow swooping in and making everything magically better. So seize the opportunity, Hillary. Stop asking us to be with you, and start asking us to all be in this thing together.