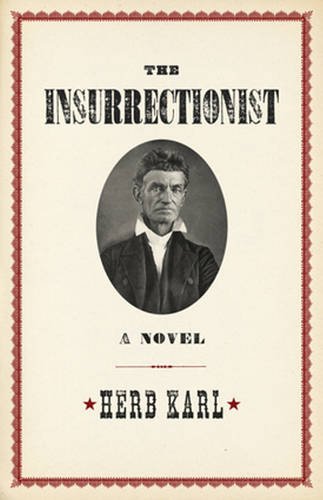 If you wanted to pick one singular figure to express all the contradictions wrapped up inside the American experiment, it would be difficult to choose a better one than John Brown.

John Brown: an apostle of Christ who carried a sword drenched in blood, an Old Testament figure brought to life in the age of steel. He sought not just to free the slave, but to make black Americans truly equal to whites — a cause whose justice is as universally accepted today as it was bitterly controversial in his own time.

His methods, however, are every bit as divisive today as they were in 1859, when he and a small band of fellow travelers took up arms against the Federal government in a rebellion that was probably doomed from the moment it began.

Even now, Brown’s story raises all sorts of questions for the conscientious citizen. When is violence an acceptable means for overthrowing injustice? How much innocent blood spilled in the name of a greater good is too much? Where precisely is the point at which revolution becomes simple murder?

These are all questions that would seem to make fertile ground for novelistic exploration. So it was with interest that I picked up Herb Karl’s  The Insurrectionist: A Novel, an upcoming fictionalized treatment of Brown’s life by Herb Karl.

It pains me, therefore, to report that it is not very good.

The problem with The Insurrectionist isn’t that Karl has chosen to apply the novelist’s tools to an historical subject. This kind of thing can be controversial, but generally speaking I’m supportive of it as a method for advancing an argument about a subject in ways that conventional narrative history cannot. The novelist’s ability to take us inside a character’s mind, to let the reader listen to their inner monologue, opens new frontiers for exploration.

No, the problem here is that, despite having all those tools right at hand, Karl bafflingly chooses never to really use them. Readers of The Insurrectionist will come away with no greater insight into what made John Brown do the things he did than they had before picking it up.

Oh, all the familiar episodes of Brown’s life are here. Bleeding Kansas and the massacre at Pottawatomie Creek; the Battle of Black Jack and the defeat at Osawatomie. The retreat to the East and the gathering of the Secret Six. The arguments with Frederick Douglass over which course to take next. The disastrous raid on the arsenal at Harpers Ferry. And finally, in swelling climax, the gallows at Charles Town which Emerson said Brown made “glorious like the cross.” Karl faithfully takes us through all of them, as he should.

But what he doesn’t do is give us any comprehension of why Brown followed his meteoric course. He starts his narrative late in Brown’s life, after he’s already arrived in Kansas, so we don’t see his early days and how they may have shaped his character. (He alludes in several places to one specific incident from Brown’s youth in partial explanation, but by doing so manages to reduce it to something too simple, too pat to carry the weight he hangs on it.) We never see Brown doubt his purpose, or his own capacity for carrying it out. Everything plays out as if it could go no other way, which is fine for history but fatal for a novel.

Brown’s eccentricities and bad decisions go unexplored as well. Here was a man who believed a valley was a better defensive position than a hilltop; who, in the age of gunpowder, planned to arm the slaves he believed would flock to his banner with medieval pikes. Rather than keep his tiny force together after marching them into Harpers Ferry, he spreads them out across town in even smaller groups, making them easy for the authorities to pick off one by one. Why? Why did he believe these were good ideas? The Insurrectionist makes no argument. It simply reels them out for us to puzzle over, which we could have done with any 9th-grade history book.

Even Brown’s personality is shrouded from us in this book. Contemporaries frequently remarked on his charisma, so electric that even many of the slaveholders he set out to murder in their beds ended up admiring his courage. And electric it must have been, for how else could he have convinced people to follow him into what was obviously the valley of death? But the Brown we get here is stern and dour to a fault; even his sons are to him just soldiers for his crusade. It’s hard to imagine why anyone would follow this version of the man unless they were zealots themselves.

From a stylistic perspective, The Insurrectionist isn’t terrible; Karl’s prose is functional, if sometimes clunky. But his unwillingness to get inside his subject’s head makes the whole exercise feel somewhat disposable. Why bother? Why bother fictionalizing the life of such a man, if you’re not going to really grapple with what made him such a man in the first place? Add that to the list of questions to which The Insurrectionist offers no answer.

“The Insurrectionist: A Novel,” by Herb Karl. Available on February 1, 2017 from Chicago Review Press.