I bought a zoo 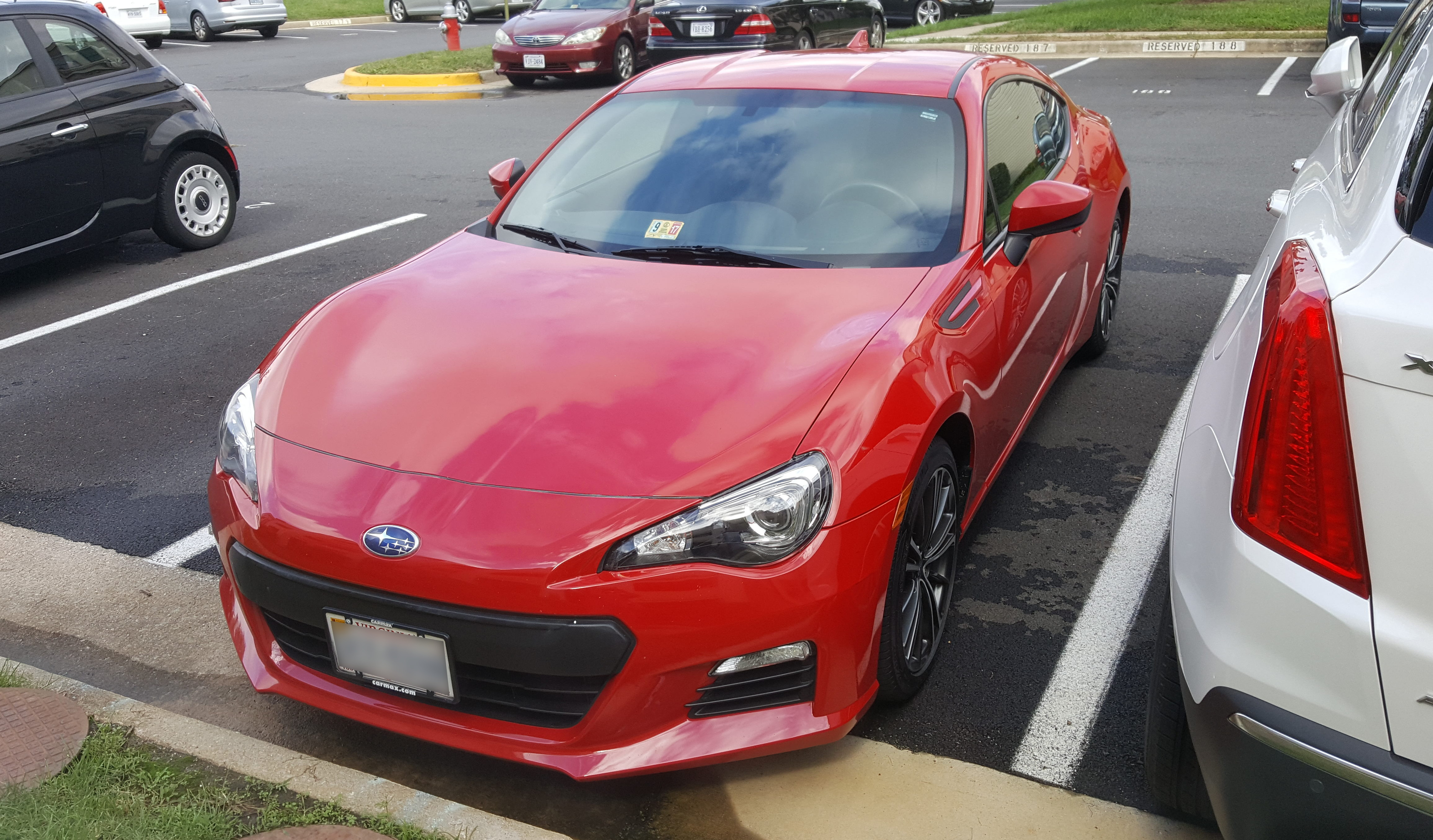 It’s a 2015 Subaru BRZ. I was considering buying one new, but I got a very good deal on a lightly used one from CarMax.

Longtime Readers™ may know that this marks the end of an era. The last time I bought a car was 13 years ago, when I bought a new Subaru Impreza WRX which turned out to be maybe the best major purchase decision I ever made. The WRX was a real tank, running for more than a decade without any major mechanical problems, and fun to drive to boot thanks to its tight handling and turbocharged boxer engine. (Someday I’ll write a post just about that car, it certainly earned it.) And its fundamental quality showed through in the trade-in value I got for it, which was frankly shocking for a 13-year-old car.

But flash forward to 2016, and the WRX was starting to show its age; a weird rattle had developed in the left rear quarter, the A/C was getting flaky, and my mechanic was making noises about replacements for non-trivial things like the serpentine belt looming. And in an age when things like GPS navigation and smartphone connectivity are to be found everywhere, her pre-Iraq-War cockpit was still sporting a cassette deck. All of these things could have been fixed, of course, but I felt like if I was going to be spending a lot of money it’d be better spent picking up a new car than trying to keep the old one running. So I went on a search for a replacement.

The BRZ is an interesting car, and one I’ve had my eye on since the model was first introduced in 2012. Designed and built in collaboration with Toyota, its intention is to revive a kind of small, rear-wheel drive sports car that you don’t see much anymore. This means that it gives up some traditional Subaru trademarks, like all-wheel drive. And it’s not much in raw performance terms, either, sporting a naturally aspirated 4-cylinder engine where other modern performance cars come with V6s and V8s.

But you don’t give all that stuff up for nothing, since by leaving it out Toyobaru is able to deliver a super-light car that feels nimble and connected to the road in a way that I’ve never experienced in a car before. I test-drove it more out of curiosity than expectation that I’d actually buy one, but by the end of the test drive I was completely sold. I had more raw fun on that test drive than I’ve had driving cars that cost twice as much.

Will it turn out to be as great of a car as my old WRX was? I have no idea. It’s definitely less practical, with just 2 doors instead of 4, rear seats so small as to be hardly worthy of the name, and a merely acceptable trunk instead of a big, roomy one. And even some admiring reviews of the car seem baffled as to why exactly the reviewer likes it, reeling off long lists of gripes before getting to the “but I love it anyway” at the end. So maybe I’ll end up regretting this purchase, I dunno.

But for now, I don’t care all that much. I don’t feel all that practical these days myself. I feel like mashing the accelerator into the carpet and flicking the gearbox into fifth and letting the tail hang out a bit as I go round a curve. I like the idea of a car that’s all about that feeling and literally nothing else. So for now, that’s what I’m driving.