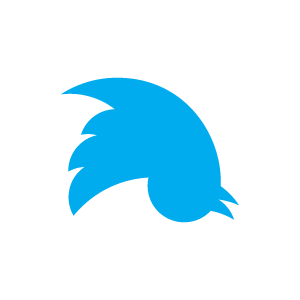 Twitter is in trouble. The microblogging service, which is coming up on ten years of struggling to reach a mass audience, has recently admitted defeat and started looking for a buyer. And so far, the results have not been great: Google has passed, Disney has passed, Salesforce has expressed interest but is waffling, and Apple hasn’t even deigned to show interest at all. There aren’t many companies big enough to buy a company the size of Twitter, and as those that are drop out of the bidding one by one it looks less and less likely that a white knight is going to ride in and save the day.

Longtime Readers™ know that I kind of hate Twitter. It was a poorly designed product from the beginning, chock full of bad design decisions that have bitten well-meaning users over and over again. Its management seems to know this, because they appear to be absolutely baffled as to why their product became successful in the first place, terrified to change anything for fear of breaking the magic spell. So they tinker at the edges with failure bombs like Twitter Moments, but leave the core product’s sharp edges and buried land mines untouched.

Contrast this with Facebook, the big winner of the Web 2.0 social network sweepstakes. Facebook today is a very different product than it was when it was first introduced to the public. Facebook management has been unafraid to take big risks, such as rebuilding their product around the News Feed, which today is central to the Facebook experience but was intensely controversial when it debuted ten years ago. I have plenty of problems with Facebook, but they at least are not afraid to blow up their product in order to make it better. Compared to that, Twitter’s timorous approach to its own sacred cows is striking.

I do like a challenge, though, and so as Twitter has flailed over the last few years I’ve thought periodically about how I would go about saving the company if I were in charge. Lots of people play this game, of course, but the solution I eventually came up with is one that I have never heard anyone else suggest, so I figured I’d write it up here.

(Here on my blog, which I own, and where I can post complicated thoughts without having to struggle against an archaic, ridiculous character limit. Did I mention I hate Twitter?)

So how would I save Twitter? Simple: I would let people buy extra characters.

To understand what I’m talking about, you have to look away from the types of companies Twitter is usually compared with and look at a completely different market: the market for free-to-play video games.

Free-to-play gaming is huge, especially on mobile platforms, where it has driven every other type of game more or less out of business. Conceptually, their business model is simple: you make a video game, and then let anyone who wants to download it and play at no cost. But you design the game so that it has a bunch of annoyances built in, things that force the player to stop playing for a time, or that force them to do some boring, un-fun activity in order to continue. (Game designers call these latter things “grinds.“)

Wait a minute, you object. Games are supposed to be fun! Why would you put un-fun things into a game?

The answer is simple, and defines the free-to-play business model: you put un-fun things into your game so you can sell players the opportunity to skip past them.

The exact form the pitch takes from game to game varies, but the basic idea is always the same. The game forces you to do some un-fun thing in order to proceed. The game then gives you the chance to buy your way out of having to do the un-fun thing. Lather, rinse, repeat. Making it free to get started with the game opens it to the widest possible audience, who can then be sifted through to find players who are willing to spend real money to skip the un-fun patch.

Now, there are some serious ethical concerns around this business model. The big one is that, since the most active players are the ones who will hit the un-fun patch most often, it ends up exploiting people with addictive personalities. If you’re an obsessive player of a particular game, you’ll hit that un-fun patch over and over again, making buying your way past it incredibly appealing. So those players become “whales,” dumping money into the game the way other people do with slot machines or lottery tickets.

But, with all that being said, one thing that’s clear about this model is that it works. Free-to-play games throw off absolutely astonishing amounts of money. Clash of Clans, a popular free to play mobile game, earned its publisher $1.3 billion in 2015; that’s four times as much as was earned by the latest installment in the shooter franchise Call of Duty. Just about every hit game on mobile platforms these days is free-to-play, and the model is creeping into more traditional desktop and console games as well, through hits like League of Legends and World of Tanks. It’s not hard to imagine a (dystopian, but still) future where every game is free-to-play.

So what does all this have to do with Twitter?

Well, let’s look at Twitter, or more specifically at the “feature” that’s been at its heart since the very beginning: the 140 character limit on posts.

Twitter boosters like to point to this as a stroke of genius, but anyone who’s used Twitter knows how quickly it can turn into a pain point. It’s absurdly easy for even the simplest thought to bump up against the limit, which is why Twitter users have adopted a range of arcane workarounds over the years: txtspek, pictures of text, tweetstorms, and so on.

Normally, when a software designer sees her users twisting themselves into knots to work around some part of her product, she takes that as a sign that it’s time to improve that part. Twitter’s management, on the other hand, has held to the 140 character limit like they are Captain Ahab lashed to Moby-Dick, and with more or less the same result.

But what if we were to break that tradition and actually take the users and their workarounds seriously? We’d discover something important: a big, un-fun patch built right into the heart of Twitter.

Think about it. Whittling a joke down from 143 characters to exactly 140 is not fun. Taking pictures of text on a screen is not fun. Breaking your thought up into 15 tweets, which you then have to number individually so people can follow your train of thought, is not fun. And the people for whom they are the least fun are Twitter’s heaviest users, whose high volume of tweets mean they run into the limit faster and more frequently than a casual user ever would.

Now imagine if Twitter made those heavy users an offer: the ability to buy a bag of extra characters, which could be drawn from at any time to extend a tweet as needed, for a price low enough to qualify as an impulse buy. For purposes of discussion, let’s say a penny each.

Suddenly, those heavy users — the 1% who generate 20% of the tweets — have a choice. They can buy their way out of the grind. For $1.00 they can buy 100 characters, which would be enough to bail them out of a fair few “I just can’t get it to less than 142 characters” moments.

And when they run out, they can always buy more.

As a way of generating revenue, this approach would have a lot to commend it. It would keep Twitter free for casual users, as well as for power users who would rather spend time editing their tweets than spend money to avoid having to. It would address a real pain point in Twitter’s user experience. And, best of all from Twitter’s perspective, it would be more or less pure profit; the marginal cost to Twitter of sending 141 characters down the wire instead of 140 is so small as to hardly even be worth measuring.

In other words, everybody wins.

But, you ask, won’t Twitter suffer if people start posting long tweets? Isn’t the brevity it forces on users a big part of its appeal?

I don’t think so — I think the near-real-time delivery of messages and the built-in scorekeeping mechanisms (follower count, retweets/faves, etc.) have more to do with it than the character limit does. But even if you disagree, I would argue that you would have little to worry about; because, if you are correct and brevity has value, people who avoid it will be punished by the marketplace of ideas. If keeping under 140 characters really is something people value, then users who routinely go long will lose followers. Eventually word will get around that the way to stay popular is to only go long when you absolutely have to.

The problem will solve itself.

So, if Jack Dorsey were to DM me today begging for ideas to bail him out, this is the one I would offer him: let people buy their way out of the 14o character limit. It’s free money, sitting there waiting for Twitter to pick it up.