Book review: “The End We Start From” 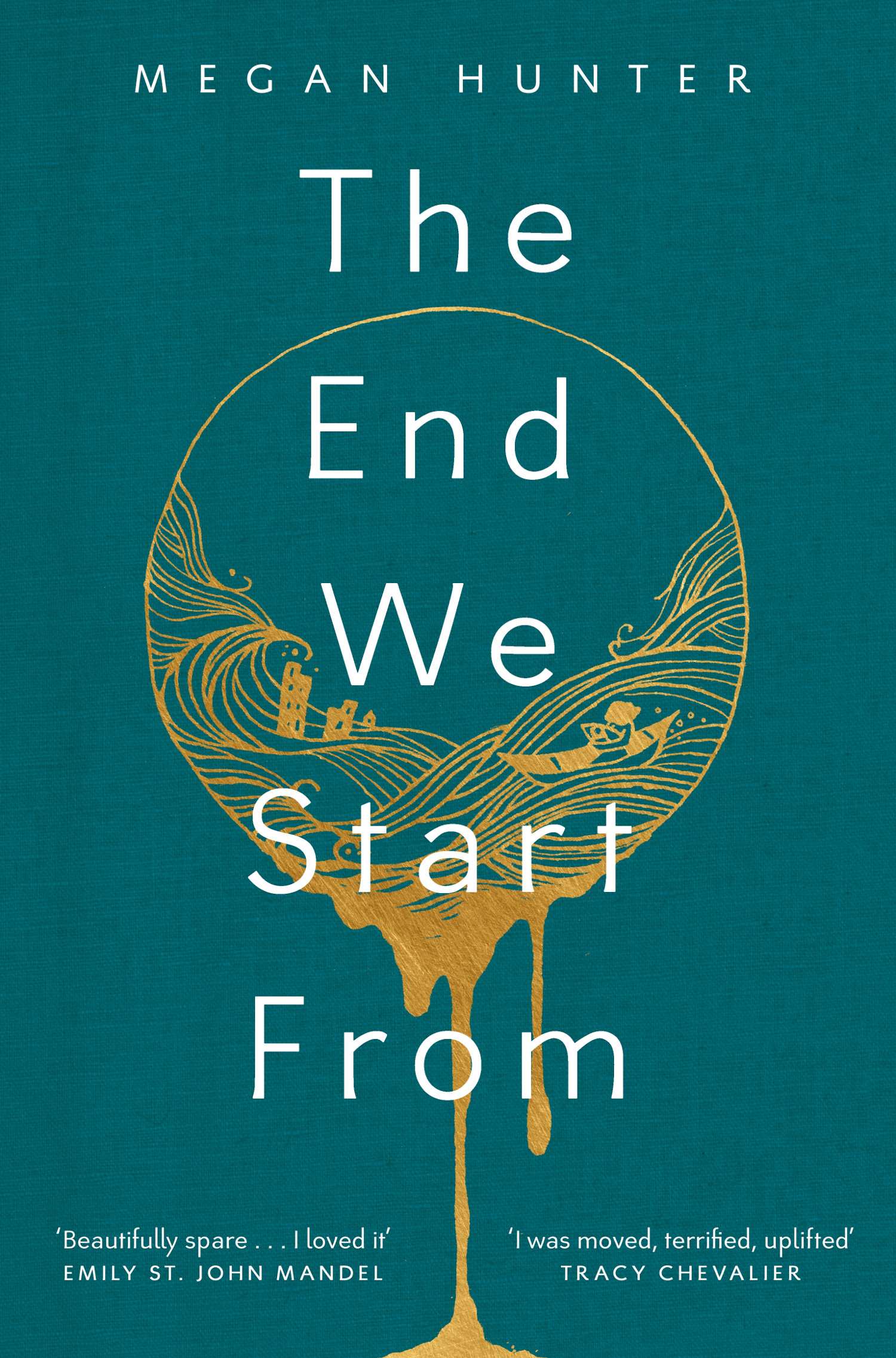 The book reviews will continue until morale improves. This one’s for The End We Start From, the upcoming debut novel from new author Megan Hunter.

Told in the first person, The End We Start From is a tale of motherhood at the end of the world. It opens with its protagonist, a woman living in a near-future London, giving birth to a child. Her maternal bliss is short-lived, however, as a distant catastrophe fills the city with flood waters and forces her, her partner and her child to flee to the countryside. They head north, initially finding refuge with her partner’s parents, only to have to move on even further as food and safety become scarce. As civilization strains and finally collapses around them, the bonds connecting the protagonist to the other people in her life fray and snap, until finally it is just her and her child, hanging on for dear life.

The End We Start From is a difficult book to summarize, due at least in part to the way Hunter chose to write it. Her prose style is austere enough to at times approach willful obscurantism. The book’s characters are only ever referred to by their initials, for example, the protagonist’s partner going by “R.” and her child by “Z,” which can give some parts of the narrative an alphabet-soup quality. And, since its perspective is first-person and the protagonist copes with the ever-increasing turbulence of the world around her by focusing her attentions more and more tightly on her child alone, it can feel like the real action in the story is always happening offstage somewhere, in places we’re not allowed to see.

But you shouldn’t let these challenges stop you from reading it, because The End We Start From is a wonderful book. The shelves are groaning with apocalyptic narratives these days, but Hunter makes her tale feel fresh by keeping her focus not on the gory details of the crisis but on the evolution of the relationship between a mother and her newborn son who just happen to be caught up in it. Her interest is not in apocalypse porn, but in the way her characters react and change when put to a difficult challenge. I’m a big believer in the idea that the best stories are the ones that put characters first, so Hunter’s approach here put the book squarely within my personal wheelhouse. And while the tight first-person perspective might strike some readers as constricting, I thought it put a tingly frisson on the story’s developments; nothing’s scarier than something scary you can’t quite make out the dimensions of, and by distancing us from the story’s worst events Hunter encourages us to let our imaginations run wild.

So, even if you’re heartily tired of end-of-the-world stories, you should not let this one pass you by. It has a lot to offer: an apocalypse plausible enough to be terrifying, characters who are firmly grounded and believable, and some real insight into both parenthood specifically and human behavior in the large. It’s one of the best books I’ve read this year.

“The End We Start From,” by Megan Hunter. Available on November 14, 2017 from Grove Atlantic.