Book review: “To Die in Spring” 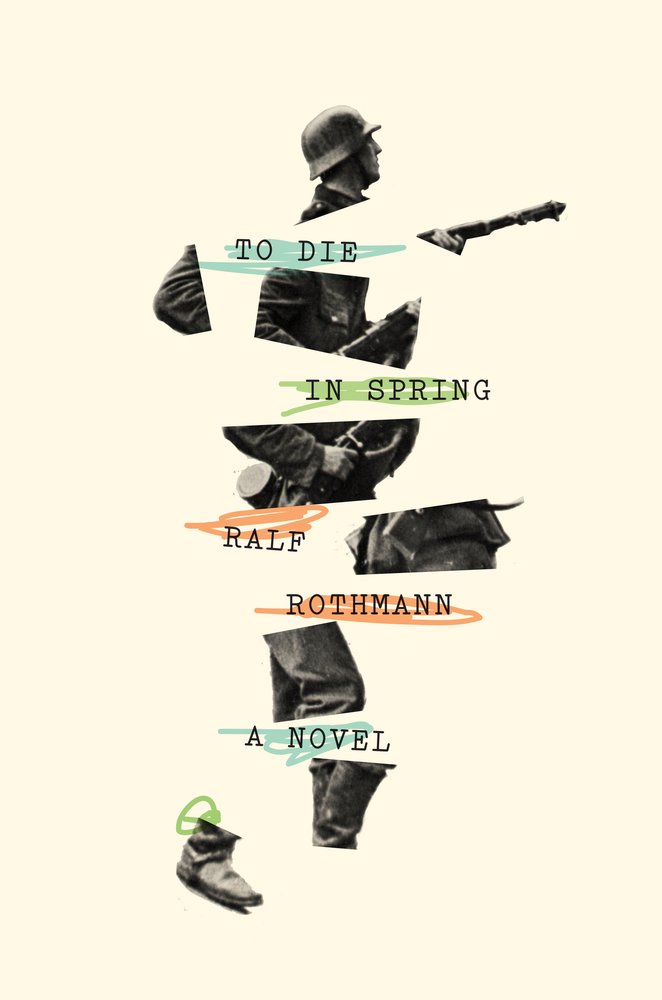 Let’s end the week with another book review! This one’s for To Die in Spring, the upcoming novel by German author Ralf Rothmann. (I can read a little German, but not enough to be reading fiction in the original, so I read the English translation by Shaun Whiteside.)

To Die in Spring is set in the German countryside in the spring of 1945. Allied armies are closing in on Nazi Germany from east and west; bled dry from six years of total war, Germany’s armies are desperate for men. So the story begins with our protagonist, Walter Urban, a seventeen-year-old milker on a dairy farm, and his friend Friedrich being tricked into “volunteering” for the Waffen-SS, the military arm of Hitler’s notorious political enforcers. This launches Urban on a harrowing journey through the collapsing German East, a kaleidoscope of desperate rear-guard actions and sadistic, meaningless violence. It all proves too much for Friedrich, who attempts to desert and gets caught — and the consequences of his capture force Walter into the most difficult decision he will ever have to make.

I’m struggling a bit with how to describe my feelings about To Die in Spring. On one hand, it is a very good novel. Very good. Rothmann presents Walter’s story as a series of vignettes, little scenes sketched out in a diary Walter leaves to his son when he dies decades after the war, and this gives the book an appealingly impressionistic quality. In Whiteside’s translation Rothmann’s language is spare but expressive, setting up scenes and characters efficiently and then effortlessly putting them in motion. And he has a sharp eye for detail, finding unexpected poignancy in small human moments and unassuming objects. Walter tells his story dispassionately, but it’s hard to read it without your heart breaking for him, a simple man doomed to live in terribly complicated times.

There’s a dimension to Walter’s war story that goes beyond the average grunt’s, though. As noted above, Walter doesn’t get impressed into just any fighting force; he gets impressed into the Waffen-SS, an extramilitary army whose objectives and motivations were expressly political. The Waffen-SS existed not just to win battles but to exterminate peoples, to clear out anyone unfortunate enough to be living on Hitler’s coveted lebensraum. So any story about a soldier in Walter’s position is going to have to wrestle with larger questions than just the details of life on the front line.

But To Die in Spring never does. It never steps back and interrogates itself about the underlying nature of the enterprise that Walter has gotten sucked into.

I’m of two minds about the effect of this decision. I can see some possible justifications for it. It’s certainly reflective of the character of Walter himself, a raw boy with no notion of politics whatsoever. If he was seventeen in 1945, Walter would have lived nearly his entire life in National Socialist Germany, so things that strike us as shocking would strike him as just part of everyday life. He joins the Waffen-SS more or less at gunpoint instead of under his own free will, so he’s hardly the kind of True Believer whose motives would be ideological. And by the spring of 1945 the war was so obviously lost that Waffen-SS units were mostly doing what everyone else in Germany was doing, which was to try desperately to survive and maybe make it far enough west to surrender to the Americans or British instead of the more brutal Russians. All of these strike me as plausible rationales.

But they all jar uncomfortably against a single fact. Almost immediately after the war ended, a line of argument emerged among some Germans that argued that responsibility for the crimes of the Nazi state could be laid at the feet of a relative few Germans instead of all. In this “clean hands” interpretation of history, since most ordinary German soldiers and the German public at large had no direct involvement in the Nazis’ crimes, they thus carried no blame for them. Blame could only be allotted to those leaders who ordered the crimes, and those functionaries who carried them out.

Even the most dogged adherent of the “clean hands” school, though, would include the SS in their short list of Germans who deserved a share of blame. And it’s the SS, after all, that Walter joins in To Die in Spring. Not the regular German army (the Wehrmacht); the SS.

We do at times in the story get glimpses of the sort of things Waffen-SS units were doing during the war to earn themselves inclusion. We see them torturing and murdering civilians suspected of partisan activity; we see them herding concentration-camp Jews on the infamous death marches that marked the end of the war. We see these things through Walter’s eyes, which means he sees them too. But to him, these events aren’t anything remarkable; they’re just more examples of the common horrors of war, not evidence of a line crossed, a new depth reached.

So how are we to interpret all that? Is it just an accurate depiction of the character that Rothmann set out to create? Or is it a throwback to the old “clean hands” thinking, the thinking that tried to separate the ordinary German grunt from the crimes he helped make possible?

I don’t know enough about the context of this book and how it was received in Germany to answer that question. Personally, I’m willing to extend Rothmann the benefit of the doubt here; his depiction of the relevant scenes in the book is unsparing and harsh, leaving little doubt that what we’re witnessing are terrible things. And while we never see Walter put a stop to them, in at least one case we do see him object; and as a low-ranked conscript, he doesn’t have the power to give orders to halt.

(He does have a gun, of course, and a man with a gun can always do something. But since the people committing the crimes outnumber him and have guns too, he’d have to be a real hero to take action — to offer up his life in an attempt to save another’s. And blaming someone for failing to be a hero is one of the less damning categories of blame.)

As you can probably tell, this book gave me a lot to think about. I still don’t know if I can endorse it unreservedly. But I do know that, if you’re looking for a tightly crafted, expertly written novel that will both move you and challenge you, To Die in Spring should probably be on your reading list.

“To Die in Spring,” by Ralf Rothmann. English translation by Shaun Whiteside. Available on August 29, 2017 from Farrar, Straus and Giroux.