Book review: “Please Do Not Disturb” 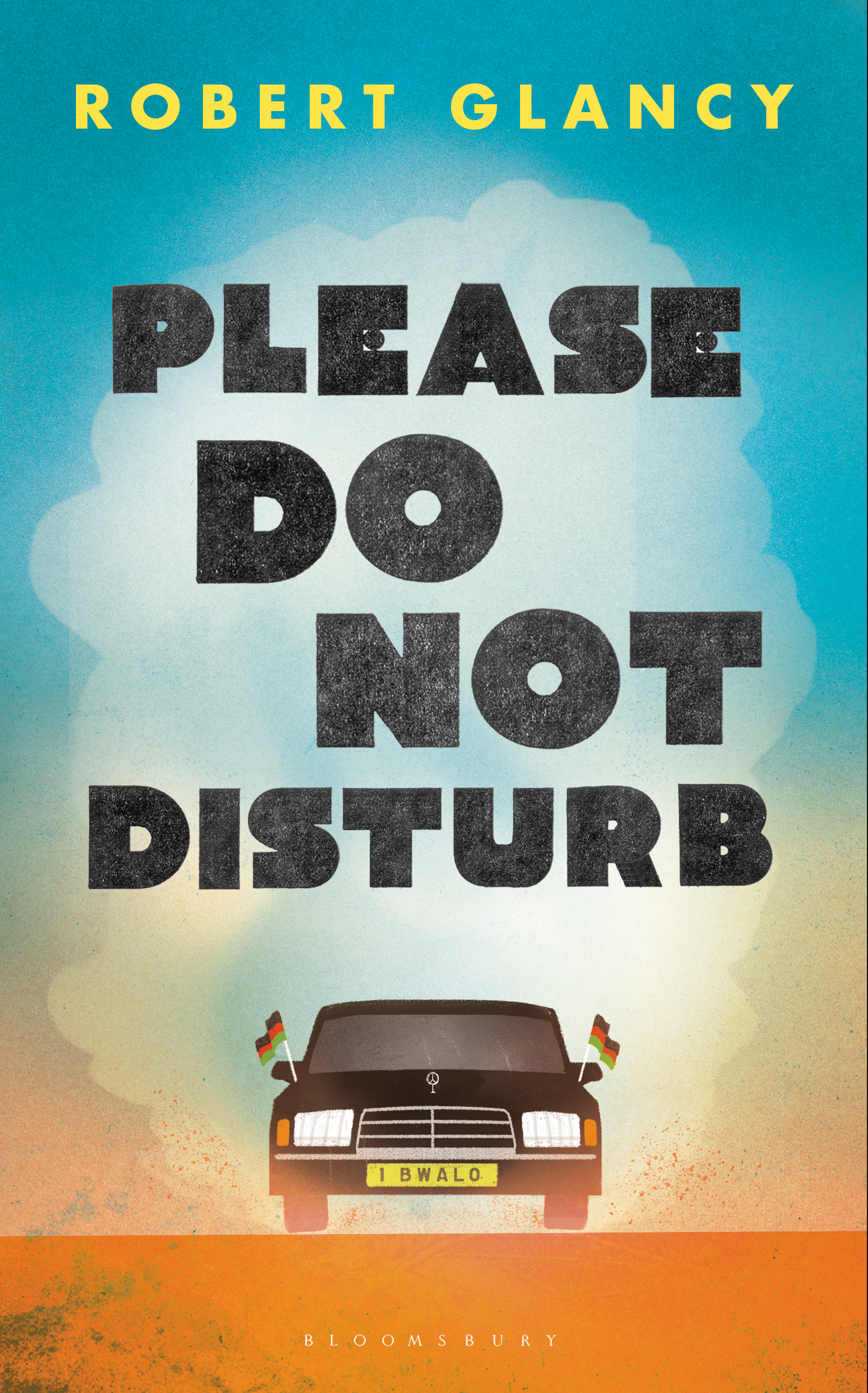 Please Do Not Disturb is the soon-to-be-published second book by Robert Glancy, who made his debut in 2014 with the novel Terms & Conditions.

Set in the fictional African nation of Bwalo, Please Do Not Disturb follows five characters as Bwalo approaches “The Big Day” — the one day each year when the aging king who led Bwalo to independence leaves his mansion to speak to his subjects. Charlie, the young son of the expat managers of the Mirage Hotel, pokes his nose and a Dictaphone he received as a gift into places he really shouldn’t. Sean, a booze-soaked Irish writer, nurses his faded dreams of becoming Africa’s Hemingway at the Mirage’s bar. Josef, the king’s boyhood friend and current spymaster, struggles to keep under wraps an explosive secret of his own. Hope, the king’s nurse (and Josef’s ex-wife), watches his decline and worries about the deluge that comes after. And Jack, a small-time smuggler, stumbles into a job bringing something into Bwalo that could alter all of their lives forever.

Robert Glancy was born in Zambia and lived in Africa until the age of fourteen, and Please Do Not Disturb is an affectionate portrait of the Africa of the expat. Bwalo is full of the standard dysfunctions of the newly independent developing nation, symbolized neatly in the person of the sickly King Tafumo. Once, decades ago, Tafumo was young and vital, returning from a medical education in the West to lead Bwalo out of colonialism to independence. But now Tafumo is old, barely hanging on to his faculties, and under his rule Bwalo has become a sort of museum of his personal enthusiasms and eccentricities. To the natives this is just the way things are, but to the expats it all seems vaguely ridiculous; a perspective summarized by a shorthand saying Sean sometimes blurts out — “OIA!” Only In Africa.

Glancy clearly knows and loves this milieu, and Please Do Not Disturb is at its best when he’s telling the story of Bwalo and how it got the way it is when we meet it. He’s smart enough to keep the backstory in the background where it belongs, but gives the reader just enough glimpses to make you want to read more. The truth about subjects like the historic rivalries between Bwalo’s various tribes — rivalries that were theoretically submerged into equality under Tafumo, but which in reality continued to play out behind the scenes — or the deceptions Tafumo himself employed to rise from ambitious village boy to King of Bwalo emerge as the plot moves forward.

Please Do Not Disturb also demonstrates that Glancy is an effective storyteller. You won’t walk away from this novel with a head full of lines you’ll never forget, but he knows how to set up characters and start a plot into motion. And juggling five main characters in a single novel is a tricky thing to attempt, but here he mostly pulls it off; some of the characters are better-developed than others, but they do all develop their own voices and personalities, and none of them feel undercooked or represent narrative dead ends.

There are problems with Please Do Not Disturb, however, and they come from the same source that so many of its strengths come from. Glancy’s expat’s eye helps him fill the story with convincing color, but it also distances him from the nation and the people he’s theoretically writing about.

To put this issue bluntly: in this, a novel about Bwalo, only two of the novel’s five main characters are Bwalo themselves. The rest are white Europeans — even if, for little Charlie, his UK “home” is a place he’s never actually been to. And that gives Please Do Not Disturb a bit of a removed feeling, a distance between its heart and its subject matter. So many of its characters are in Bwalo, but are not of Bwalo, and as a result the book occasionally picks up a whiff of Kipling, of the white man’s burden.

I never got the feeling that this was a conscious thing on the author’s part; his years in Africa clearly gave him a fondness for that sprawling continent, a fondness that extends even to its foibles. But he’s not able to fully free himself from his own experiences, at least not here, and so Please Do Not Disturb never breaks free of the limitations of a white man’s story of black Africa.

(Note: having spent a fair bit of my own youth living overseas, in my case in the Middle East, it’s possible I’m overly sensitive on this question. If you want to hear a speech on the subject, buy me a beer sometime and I will give you one.)

Don’t get me wrong, though. I liked Please Do Not Disturb. It tells an interesting story, the characters are (mostly) engaging, and it’s a quick, enjoyable read. I’ll be keeping an eye out for Glancy’s next book. And if he ever decides to revisit Bwalo, and show it to us through its peoples’ own eyes instead of the distorted lens of European experience, I’ll be the first to buy a ticket.

“Please Do Not Disturb,” by Robert Glancy. Available in hardcover on November 15, 2016 from Bloomsbury USA.