So I’ve got this new car, and as the weekend arrived I found myself with an itch to take it out and stretch its legs a little. Which is why, more or less apropos of nothing, I spent my Saturday afternoon in Charlottesville, Virginia.

I had no real purpose in choosing that destination in particular. It was just a good long drive (about two hours and fifteen minutes each way) from my home in Alexandria, and someplace I’d never been before.

Saturday was maybe not the best day to do this, since it rained more or less continuously all day, while Sunday and today have both been gorgeous, sunny days. But I was feeling impatient, so I figured what the hell, why not. And in the end it worked out pretty well, with the rain in the trees and on the cobblestones giving Charlottesville’s downtown a damp, autumnal charm. 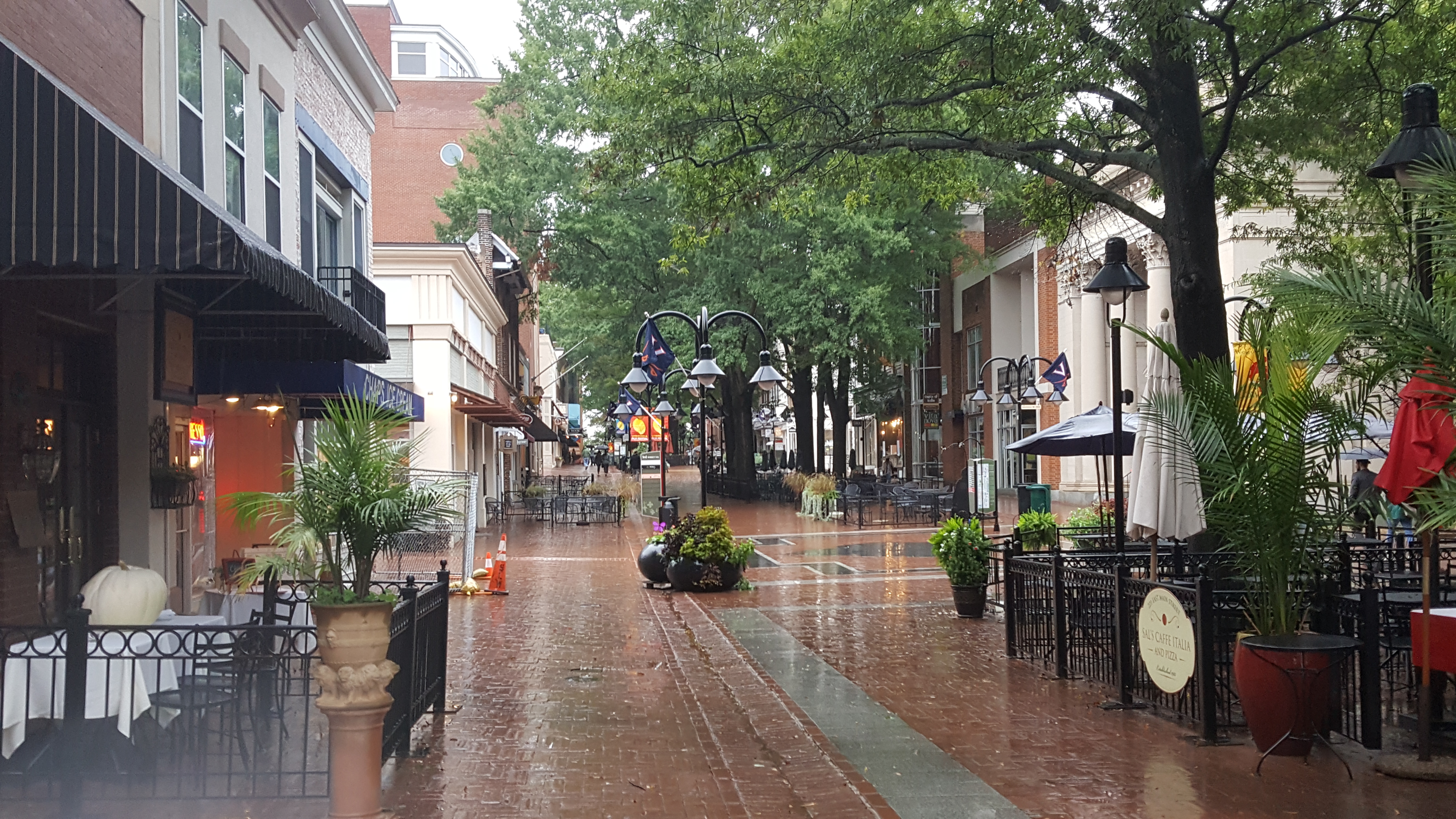 The big attraction in downtown Charlottesville is a seven-block-long pedestrian mall featuring shops, restaurants and cultural venues like theaters, bookstores and art galleries. It’s a charming place to take a walk, even in the rain. 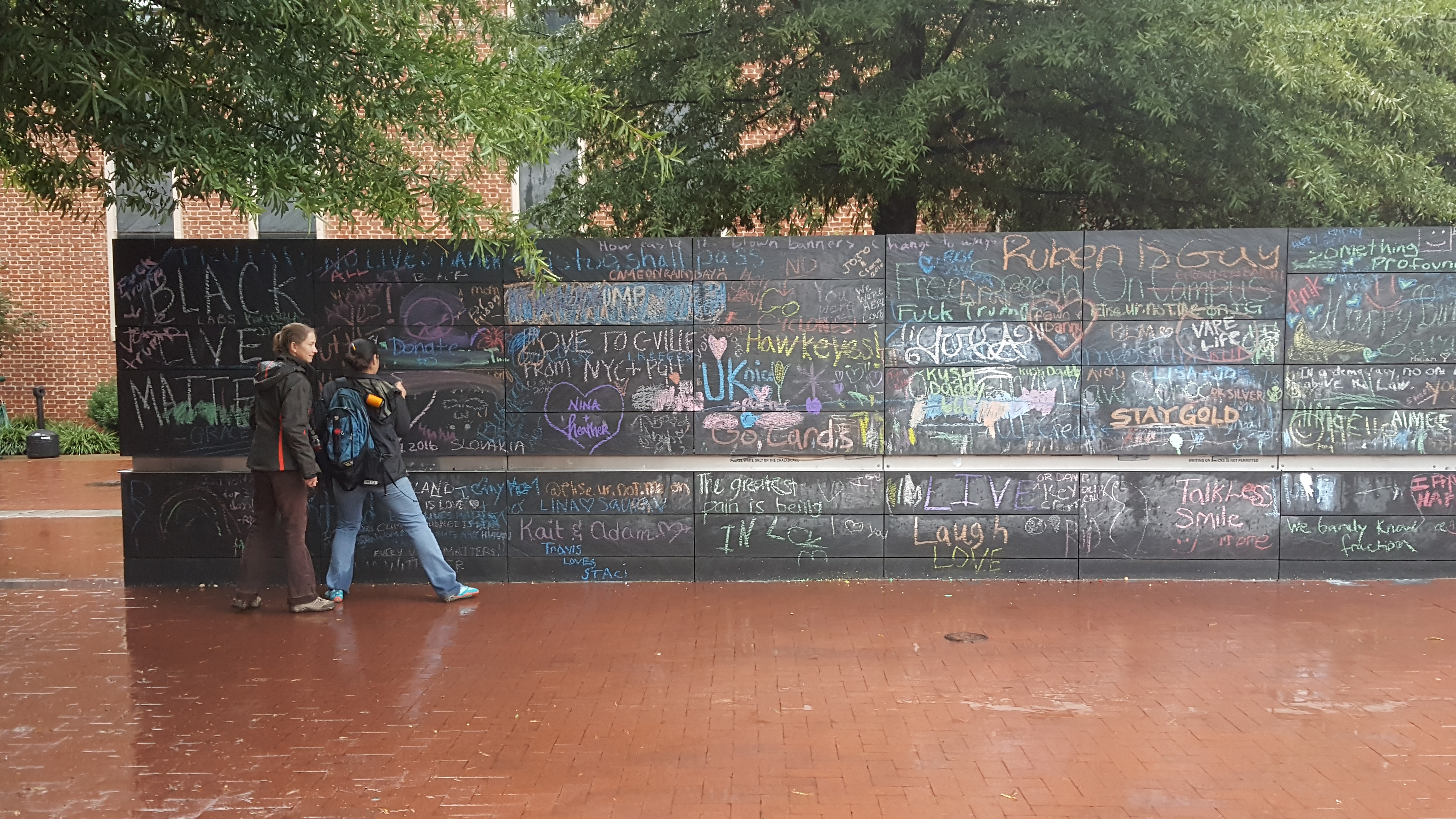 Near one end of the mall is a graffiti wall, onto which passers-by are invited to chalk their own messages. I observed two young women working on adding a message of their own to the riotous collection.

Charlottesville is the home of the University of Virginia, which I assume just came back into session for the fall because college-age kids were everywhere. It was fun to watch them coming and going, ducking into coffee shops and gathering together under awnings; it reminded me of my own college days.

The rain actually helped on that score, too. When I first arrived for my own college freshman orientation, it turned out to have been scheduled alongside an absolutely enormous D.C. rainstorm. At the time that was an annoyance, but ever since then seeing a rainy college campus has taken me back to that moment, when it felt like the whole world was opening up. 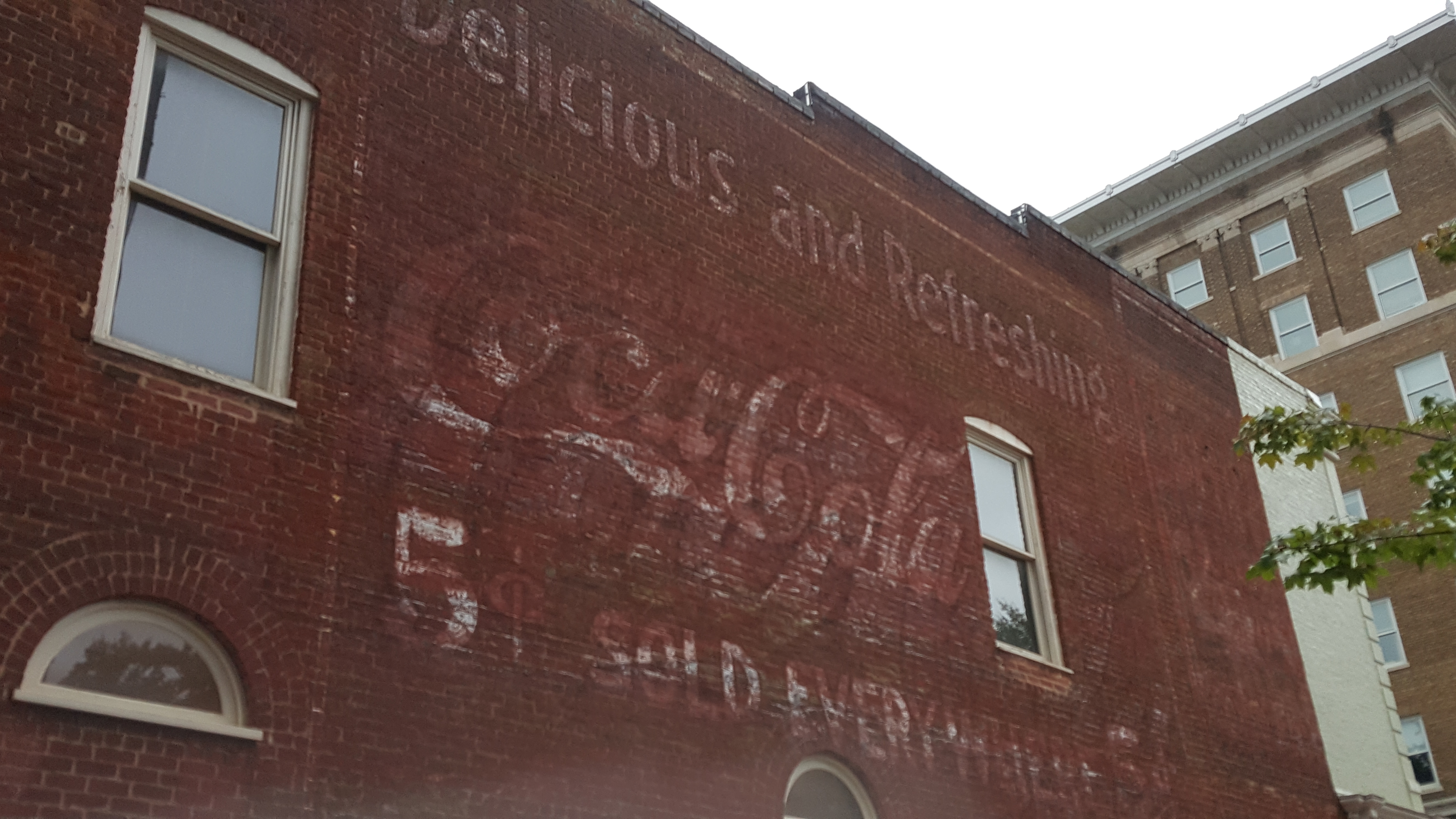 After walking the mall and ducking up and down side streets for a while, I settled into a little coffee shop to dry off (I had forgotten my umbrella) and warm up. The place was packed to the gills, mostly with students, but here and there were older people too.

Absolutely everybody had laptops open, and were either furiously typing — these folks usually had earbuds in, presumably to help them focus — or gathering around them in small groups to argue furiously about something or other. I felt a little jealous, since when I had been a college student these were scenes that took place in campus computer labs rather than coffee shops. Back then laptops were so expensive that nobody who wasn’t on a corporate expense account owned one, so while we worked on computers we were tied to fixed locations in ways today’s students aren’t.

Which reminds me of a story. Even back in my student days, some twenty-odd years ago, there were people arguing that computers had gotten so cheap that there was no need for the university to maintain computer labs for students anymore. The students all bring their own computers these days, the argument went, so open-access rooms stocked with workstations and printers were an anachronism.

I was one of those students who had brought a computer, because as a nerd of course I was, but I argued strenuously in favor of keeping the labs open. I knew how much my parents had to stretch financially to provide me with that computer, and I didn’t want other students who weren’t as economically fortunate to be shut out of access to what I was convinced even then was going to be a foundational part of living in the future.

Today, of course, you can get a computer a thousand times more powerful than the one I had back then for less than a hundred dollars, and it fits in your pocket to boot; so I suppose I was on the wrong side of history in that debate. I sipped my coffee and wondered if any of the kids buzzing around me had ever even seen a computer lab, and just how foreign to them the idea of computer technology as an expensive luxury must seem.

The coffee was pretty good, though. 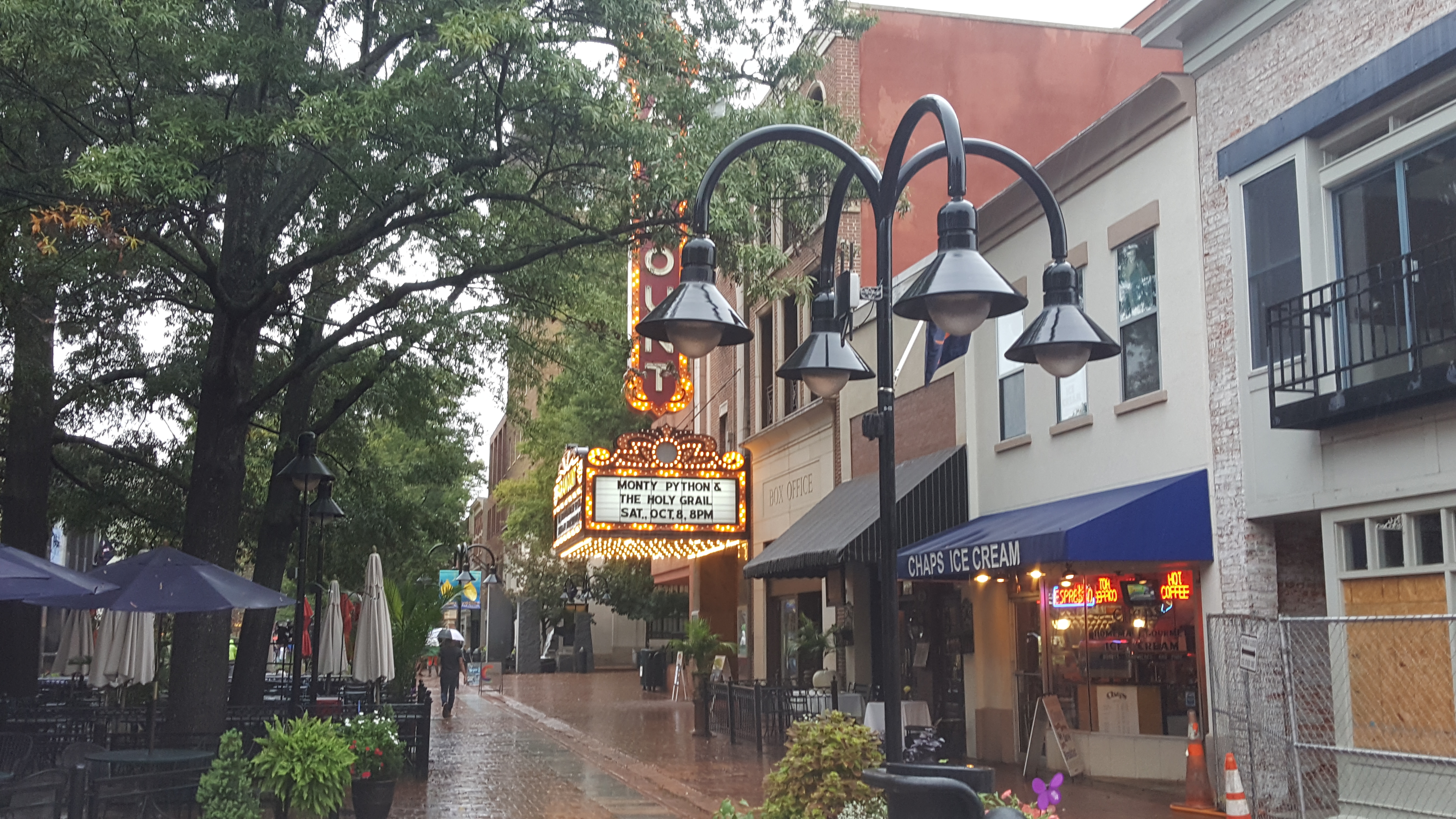 While some things change, however, other things stay the same; pull a bunch of college-age kids into one place, and showing Monty Python and the Holy Grail in that place makes as much economic sense in the 2010s as it did in the 1990s. So maybe I’m not as old as I thought.