I took another little road trip this weekend, this time to Winchester, Virginia.

Founded in 1752, Winchester is a town of about 27,000 people located in the northwest corner of the state, up in the Shenandoah Valley. It’s about a ninety minute drive from Washington. As with my last day trip to Charlottesville, I went there mostly because I’d never been there before. 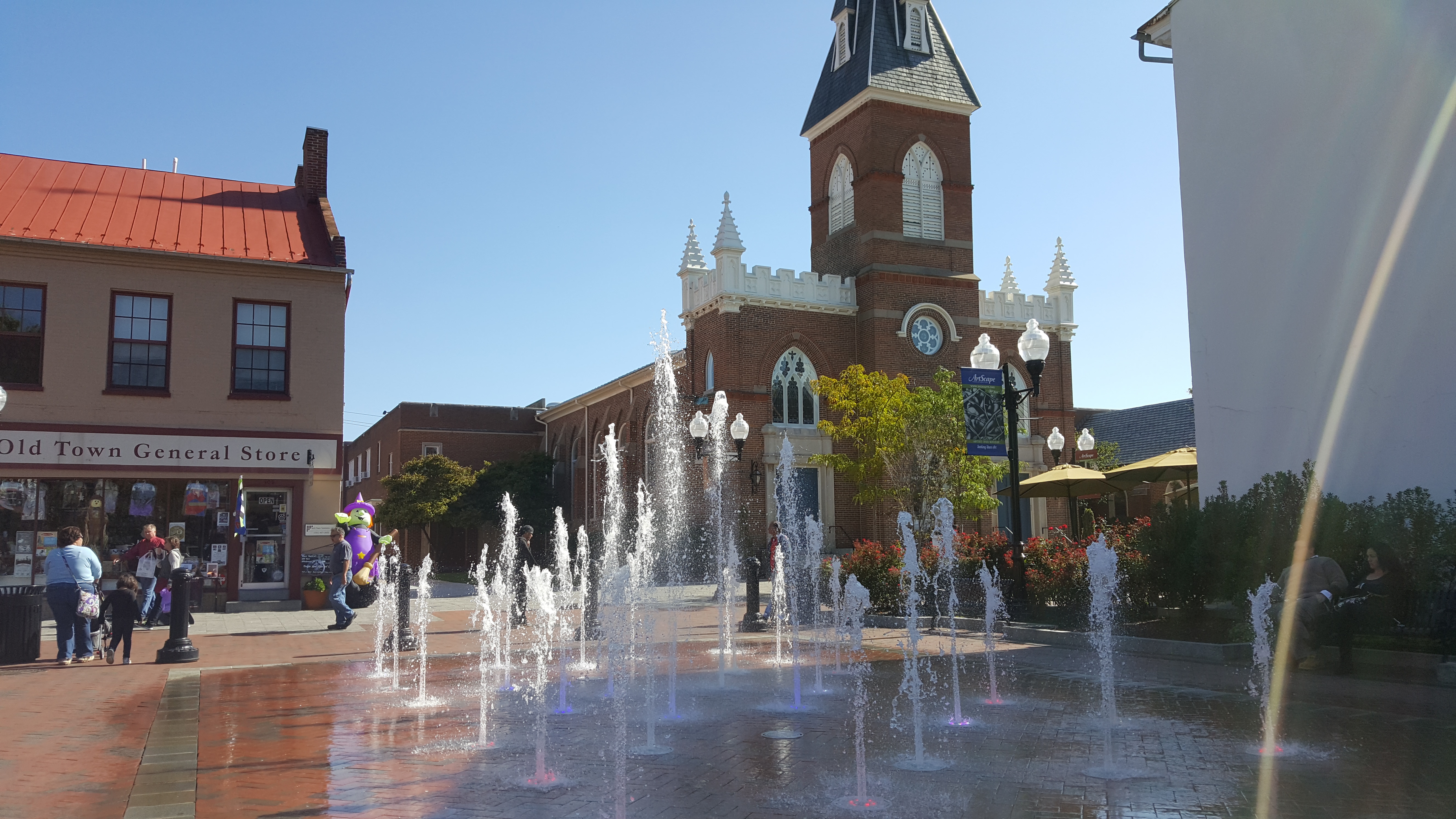 I spent most of my day there walking through old town Winchester, the downtown area which mixes together modern shops, restaurants and cultural attractions with historical buildings and monuments. It was a beautiful fall day, clear skies and warm weather, so the historic downtown was buzzing with activity. 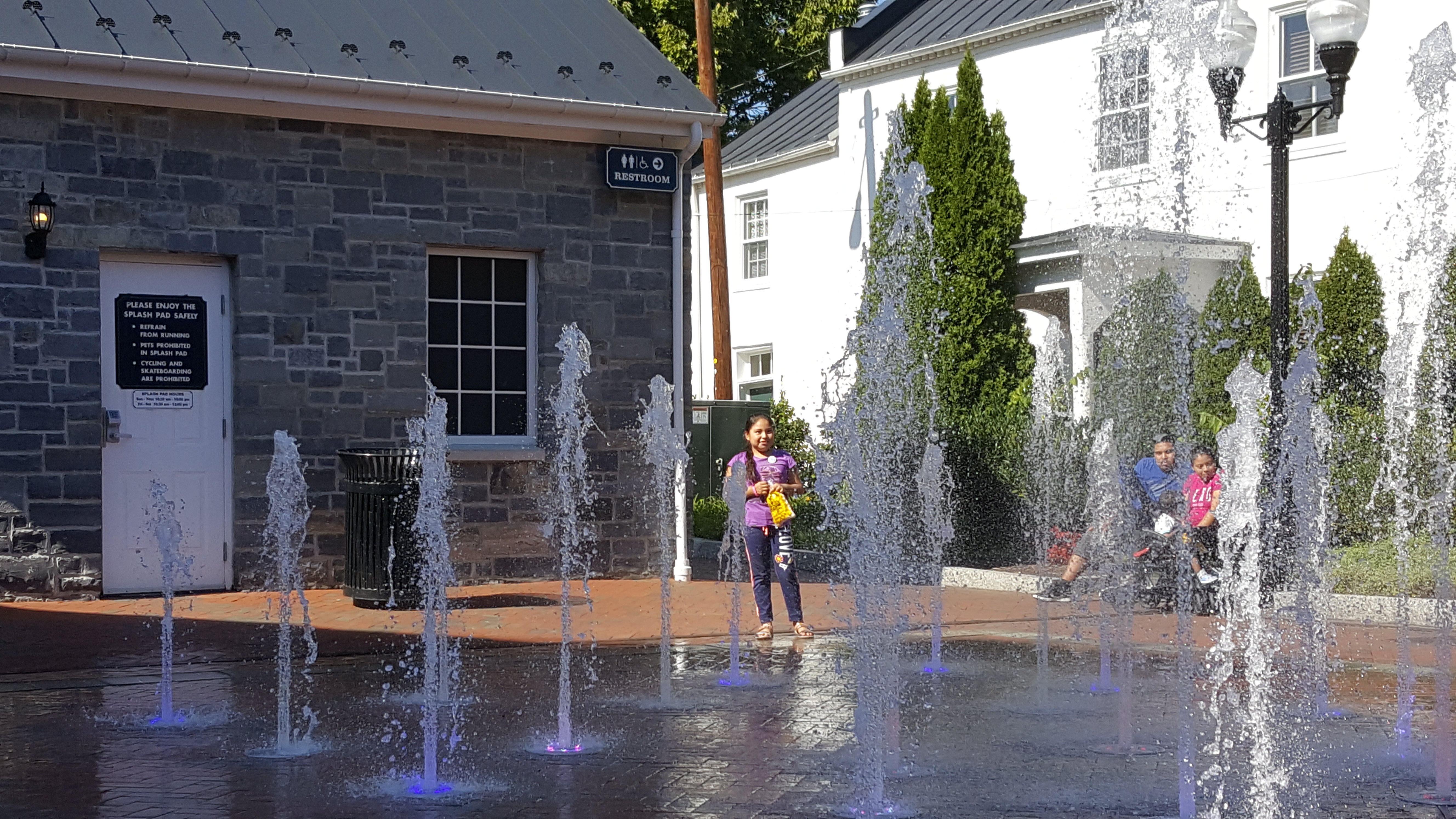 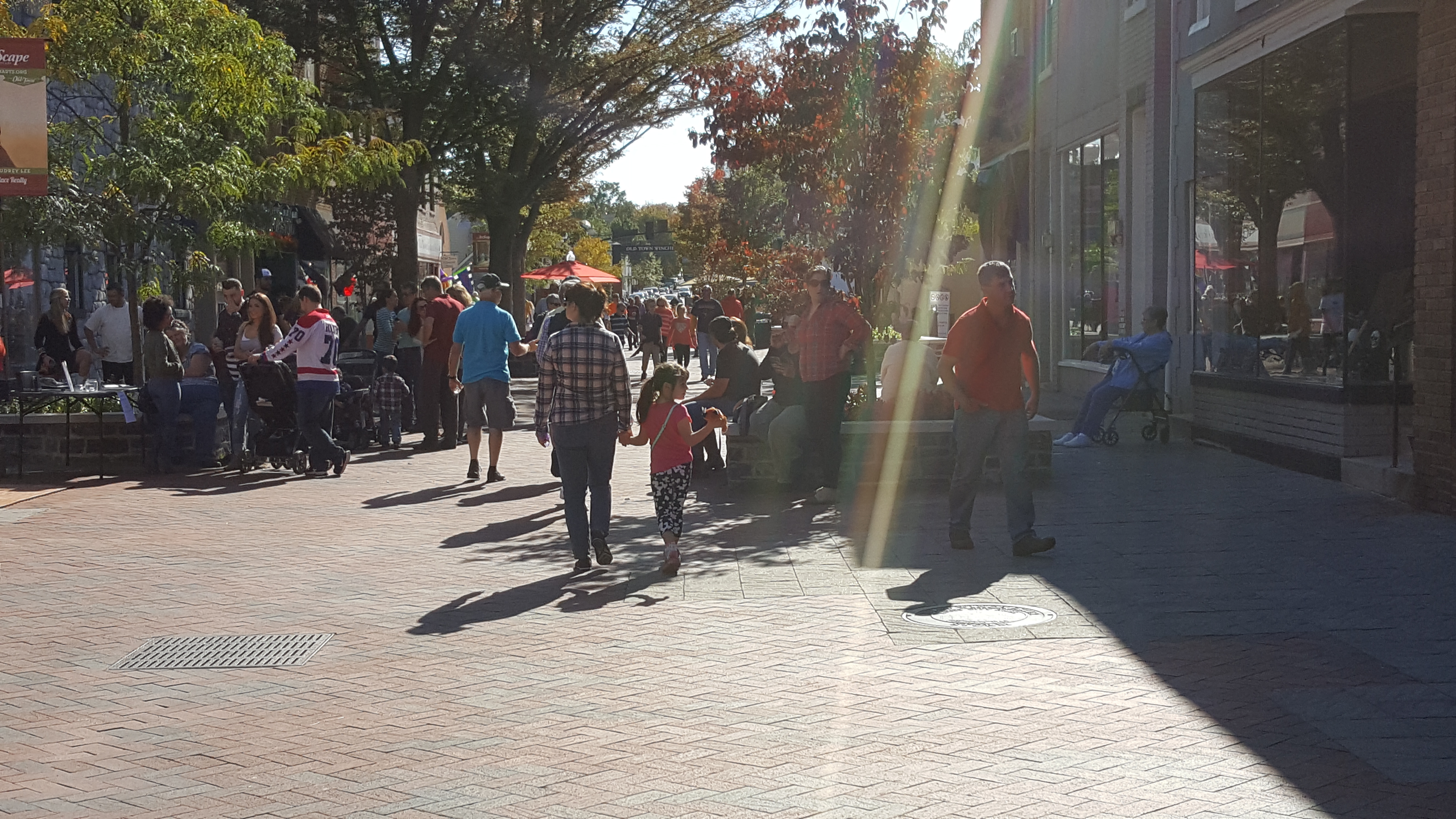 If you appreciate architecture, there are some striking buildings to see, ranging from colonial-era to contemporary. 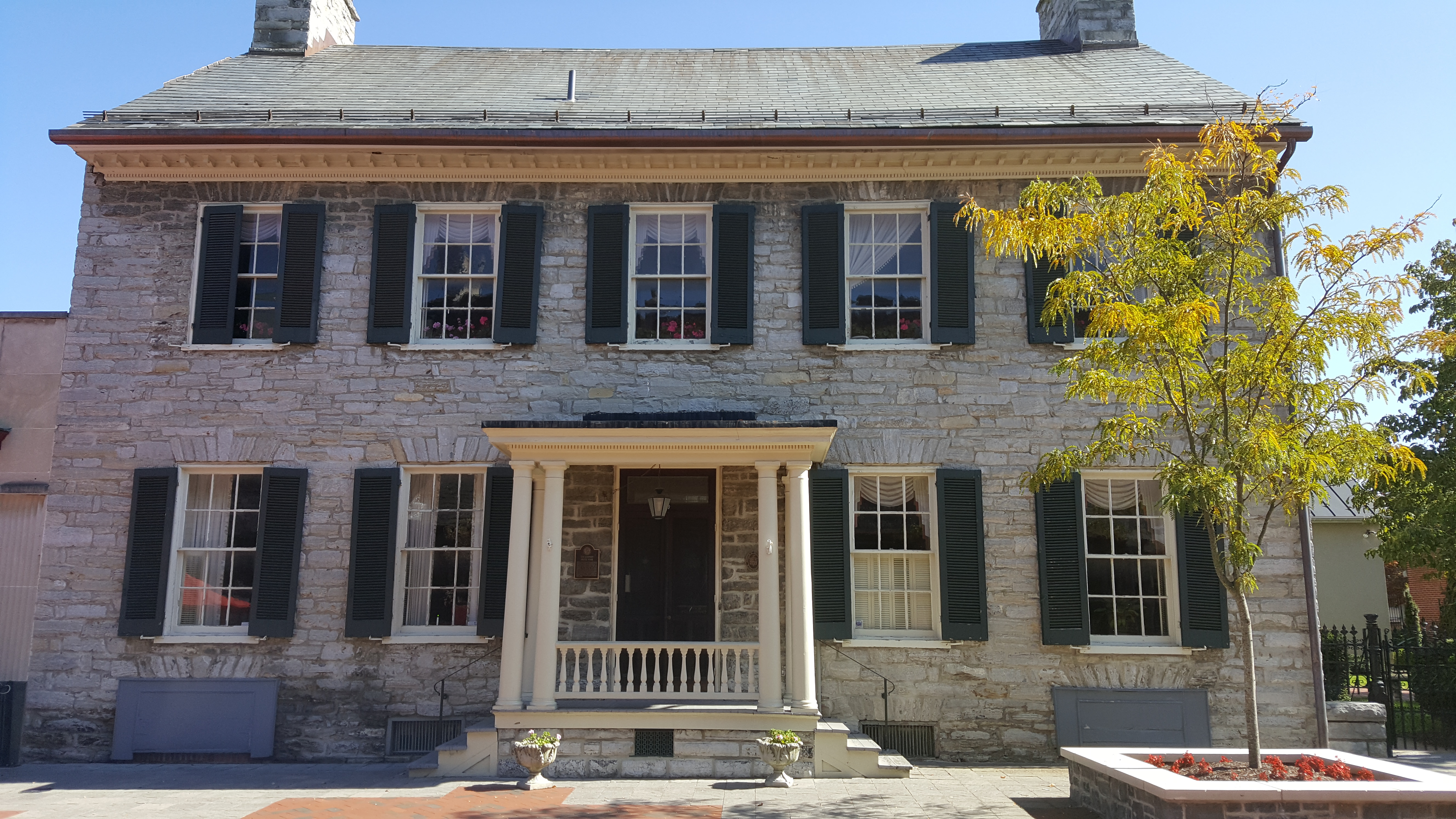 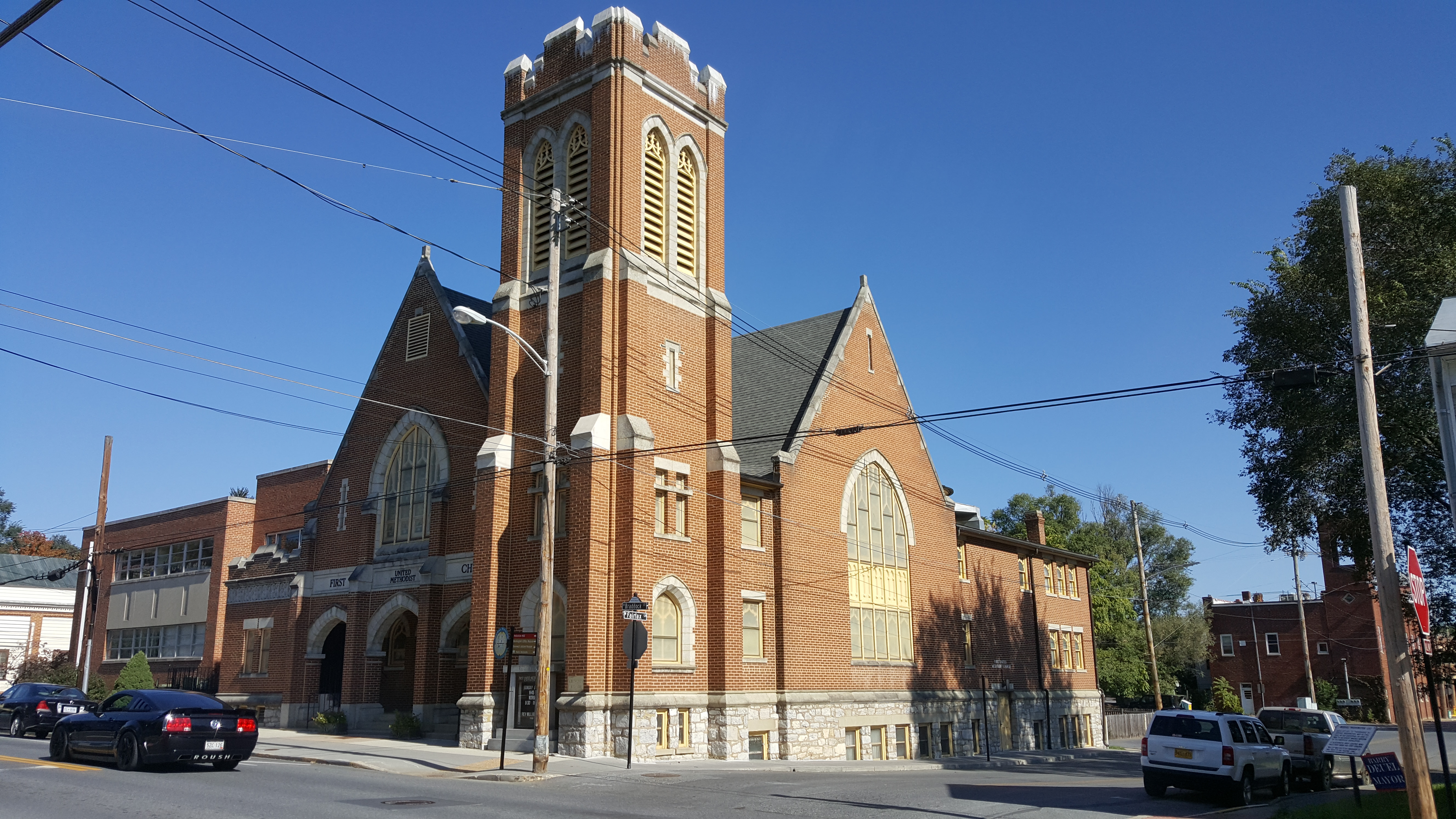 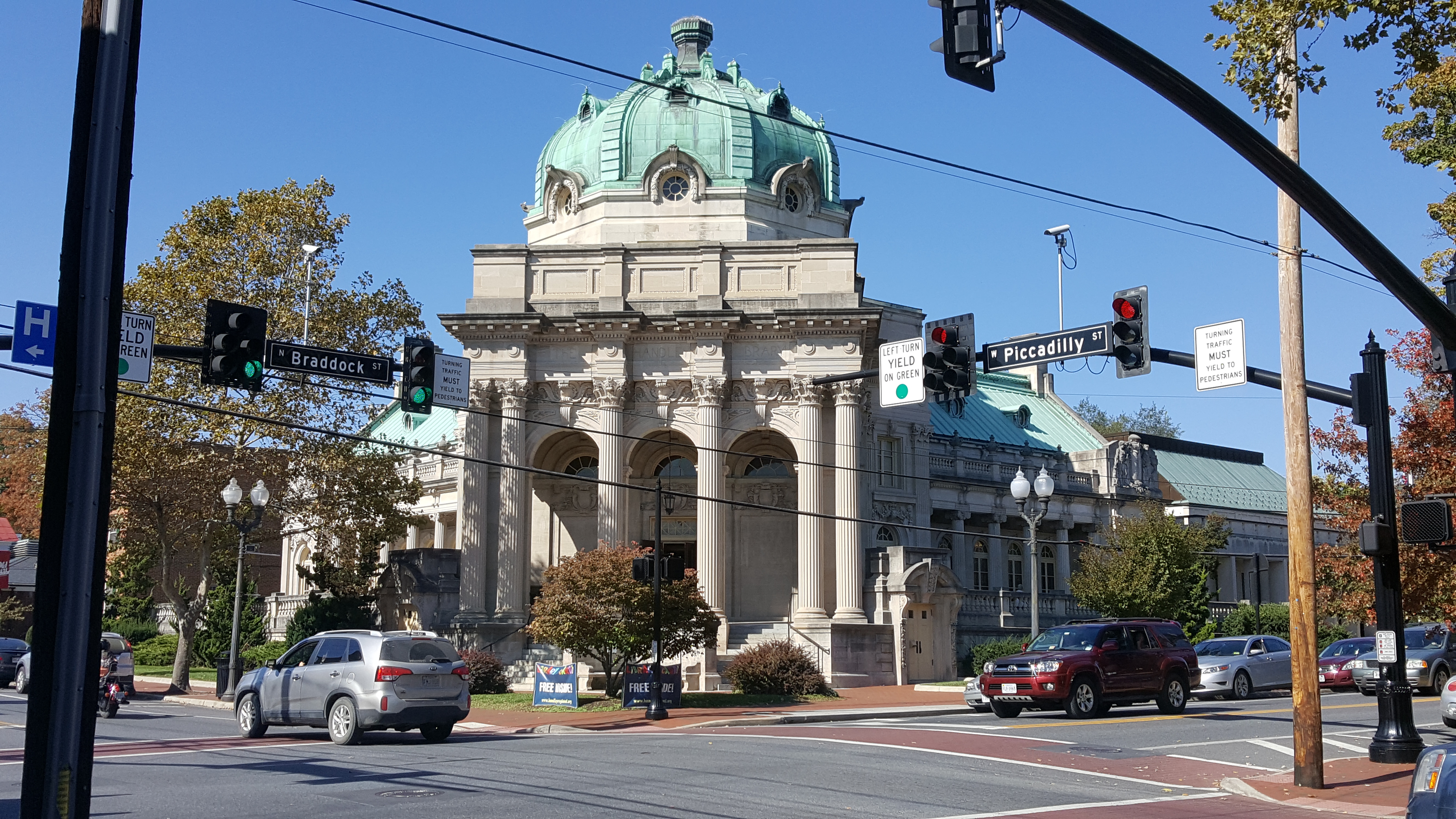 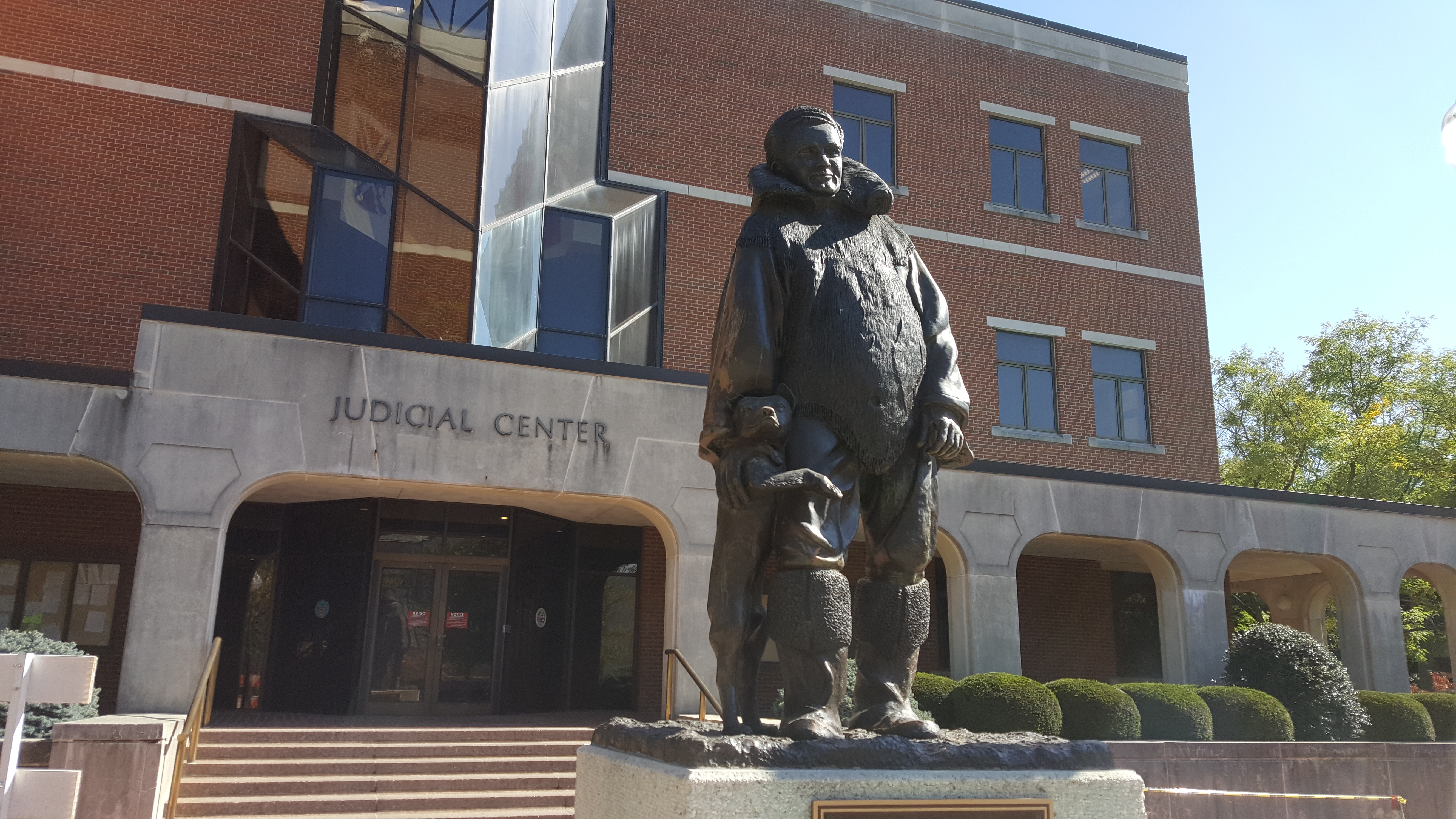 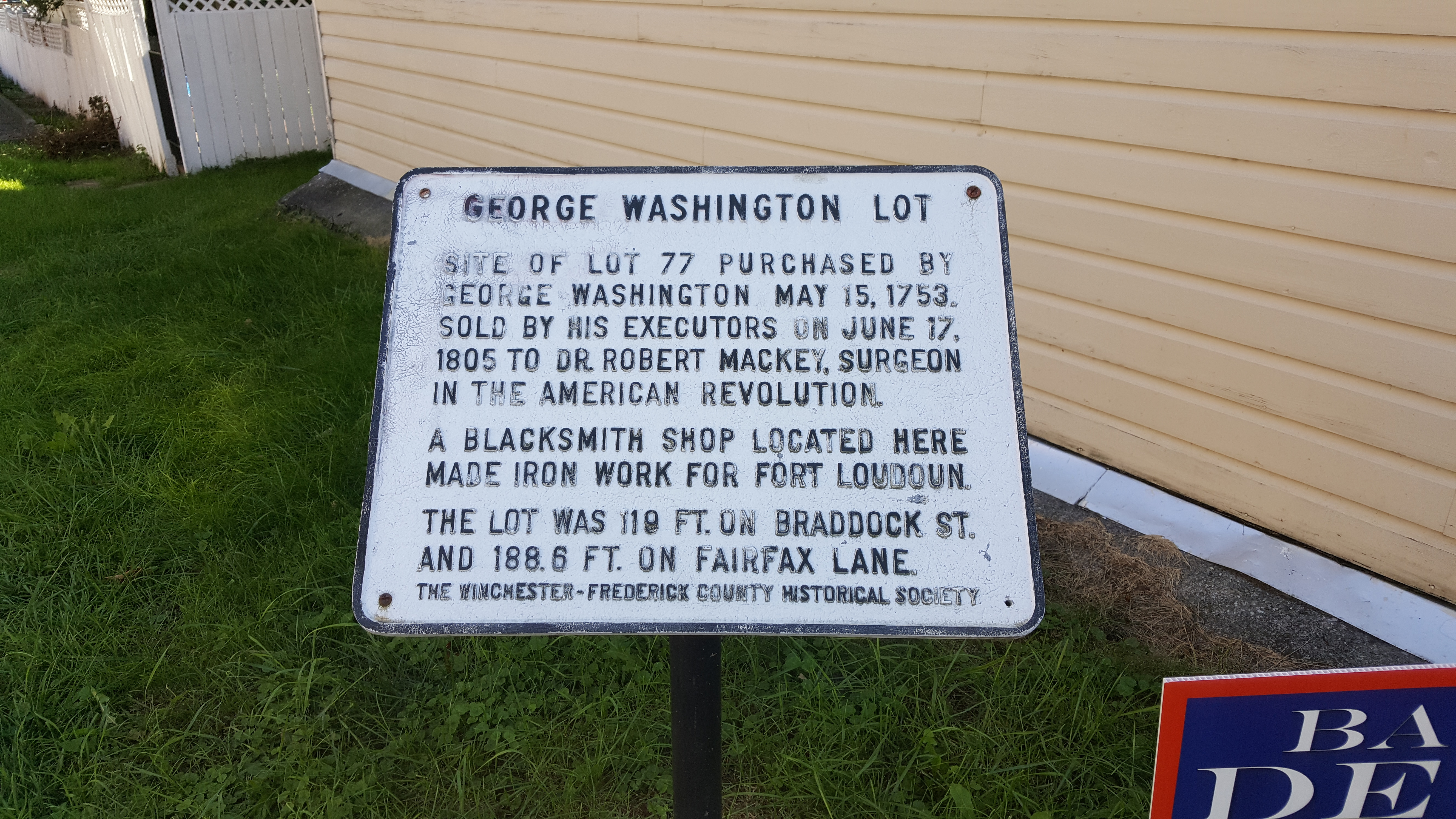 Marker on lot once owned by George Washington

… some of which, viewed from the perspective of 2016, is, shall we say, problematic. 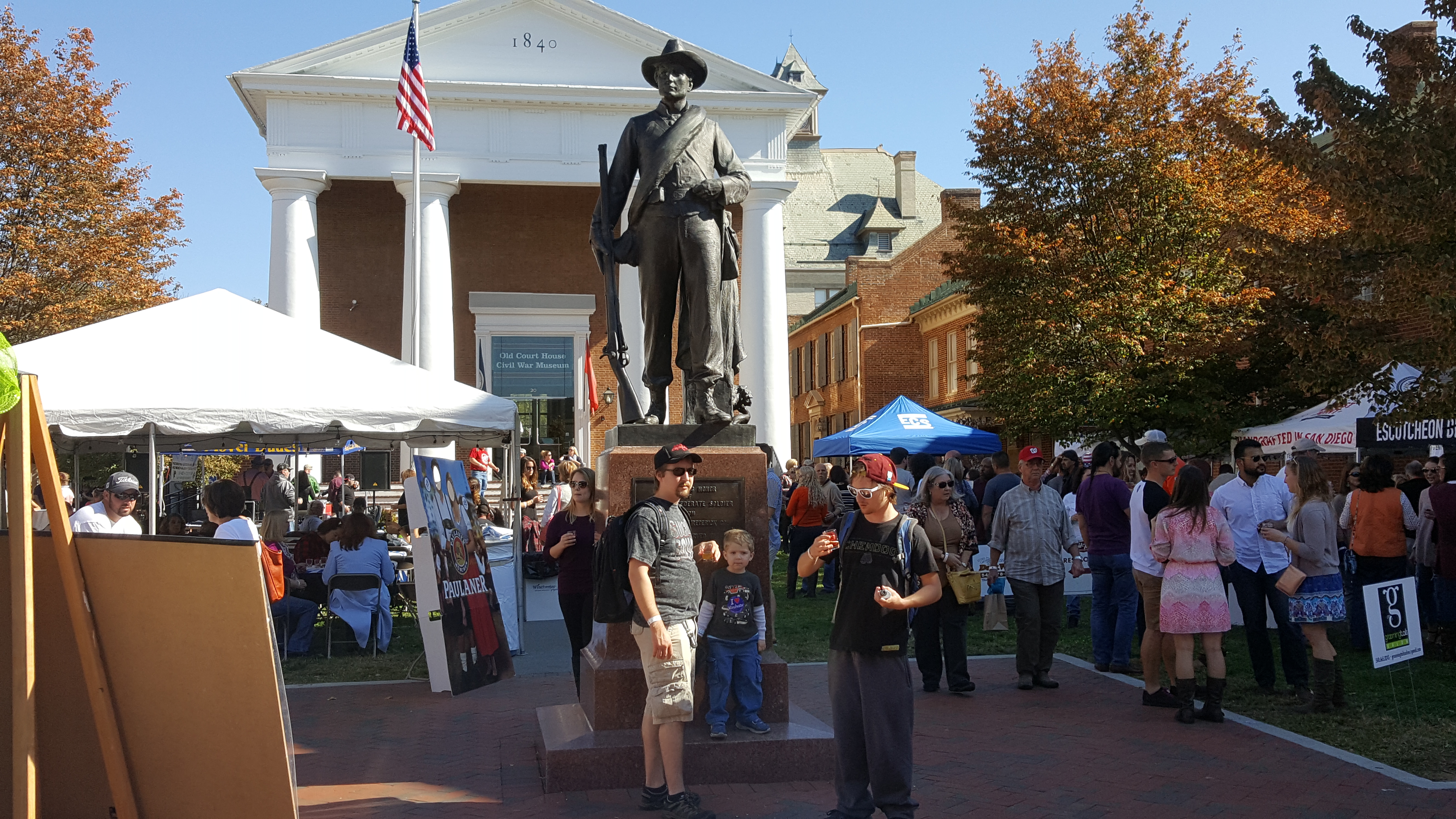 This type of marker has become increasingly controversial in communities here in Virginia (and across the Old South) in recent years; activists from #BlackLivesMatter and other movements have been doing good, important work in highlighting how offensive such monuments are to these communities’ African-American residents.

In my own town of Alexandria we’ve been grappling with this issue ourselves recently, with results that I think have been positive. I don’t know if similar conversations are happening in Winchester, but I hope they are.

If you’re willing to hike a few blocks from the historic downtown, you can find another monument with similar issues: Stonewall Jackson’s headquarters. 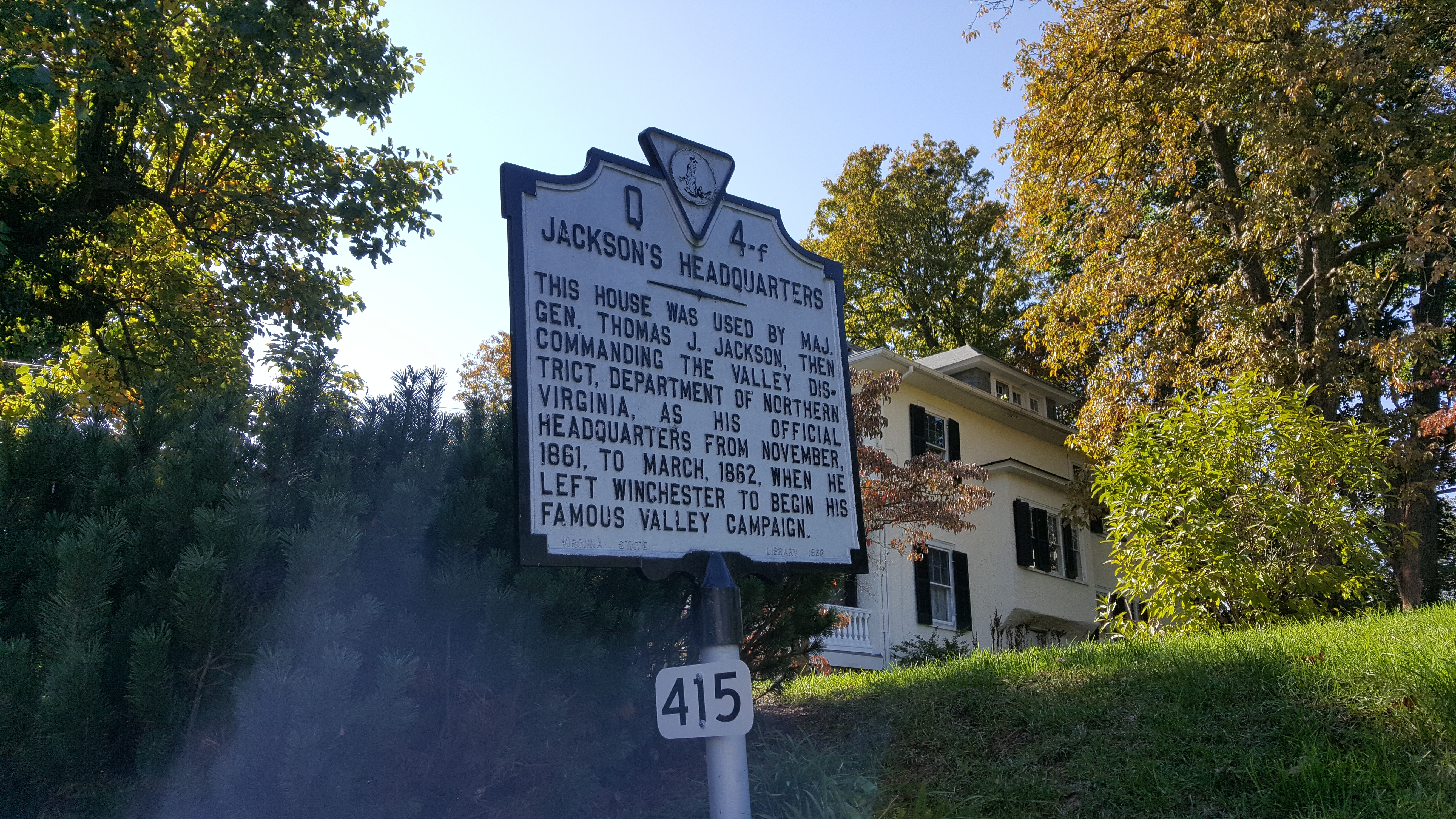 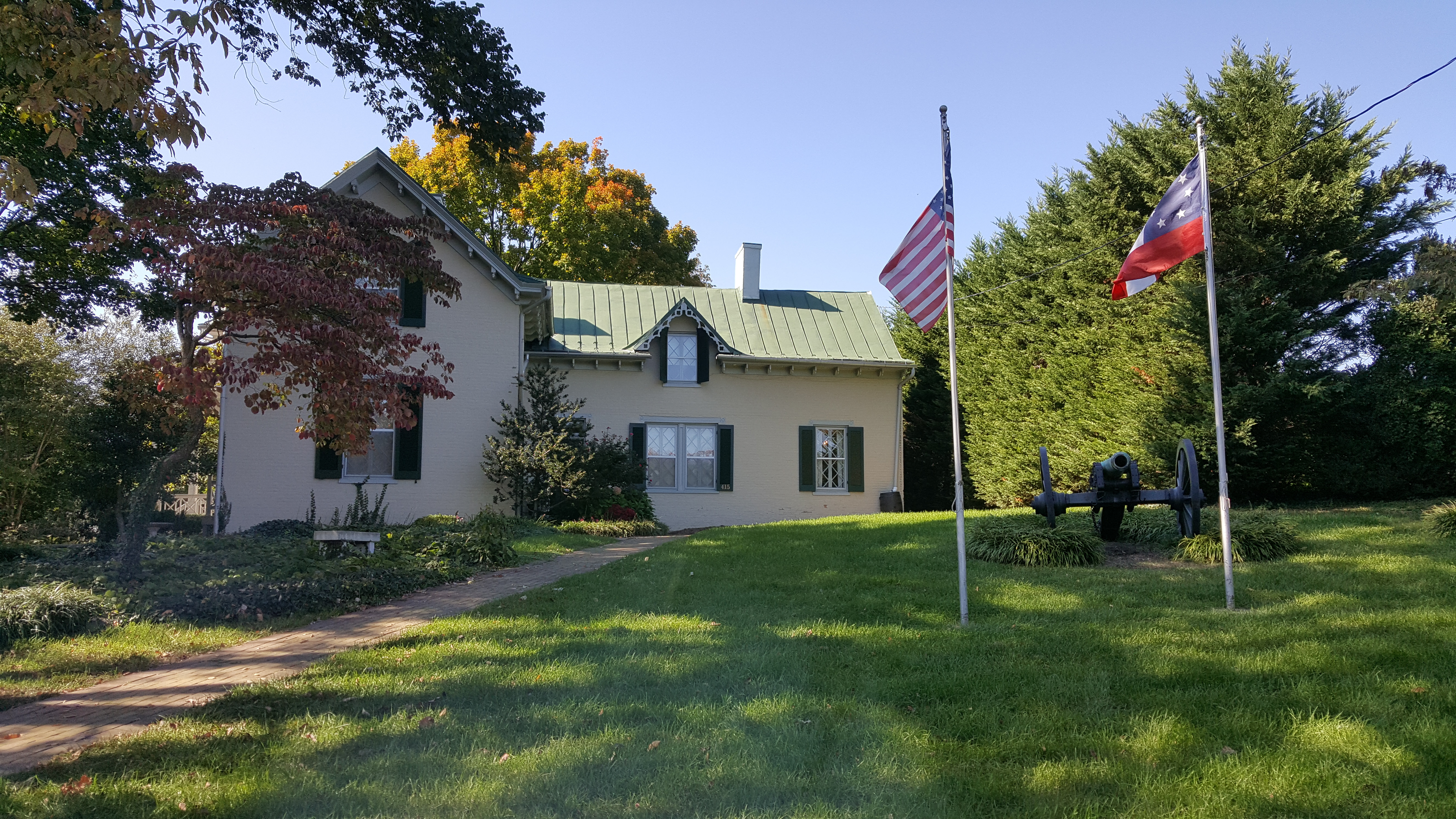 It’s an unassuming-looking little house, notable because it was commandeered during the winter of 1861-62 by the Confederate general Thomas J. “Stonewall” Jackson for use as his personal command center. When the weather warmed, it was from this house that he marched to launch the Shenandoah Valley campaign that would ensure his place in the history books.

Looking at this house, I had some complicated feelings. Jackson was undoubtedly a significant figure in American history, and I don’t believe in airbrushing people out of the historical record.

Jackson is significant, though, because he did things that were really bad. He took up arms against a rightfully elected government of the United States. He enlisted in the service of an army pledged to defend the institution of human slavery. In that service, he won victories that prolonged the bloody agony of the Civil War, perhaps by years. Because of those victories, and because Jackson had the good taste to get himself killed in battle before he could be forced to capitulate, after the war he became a key figure in the Southern cult of the “lost cause.” And that cult helped fuel the continuing injustices against black Americans that went on long after the last Confederate battle flag was furled.

Keeping up one of Jackson’s temporary headquarters as a sort of living monument to the man isn’t the weirdest manifestation of that cult; that would have to be the gravestone honoring the burial of his amputated left arm, which you can still go see at the battlefield of Chancellorsville. But, let’s be honest, it’s pretty weird. If it’s going to be preserved into the 21st century and beyond, I feel like some pretty serious work would need to be done to put his history into context.

Maybe they actually do that work inside the house. I don’t know; they charge $5 for admission, and I’ll be damned if I’m going to pay one cent to honor the legacy of a man who took up treason in the defense of slavery.

In one way, though, it does feel like this monument is fitting. On the day I was there, a beautiful day, Winchester was alive and thriving; but all that life and activity was happening in the modern downtown, blocks away. Meanwhile Stonewall’s shrine sat forgotten, visited by nobody except me, on a distant side street far away. Physically separated from the happiness the residents of the modern town were experiencing. 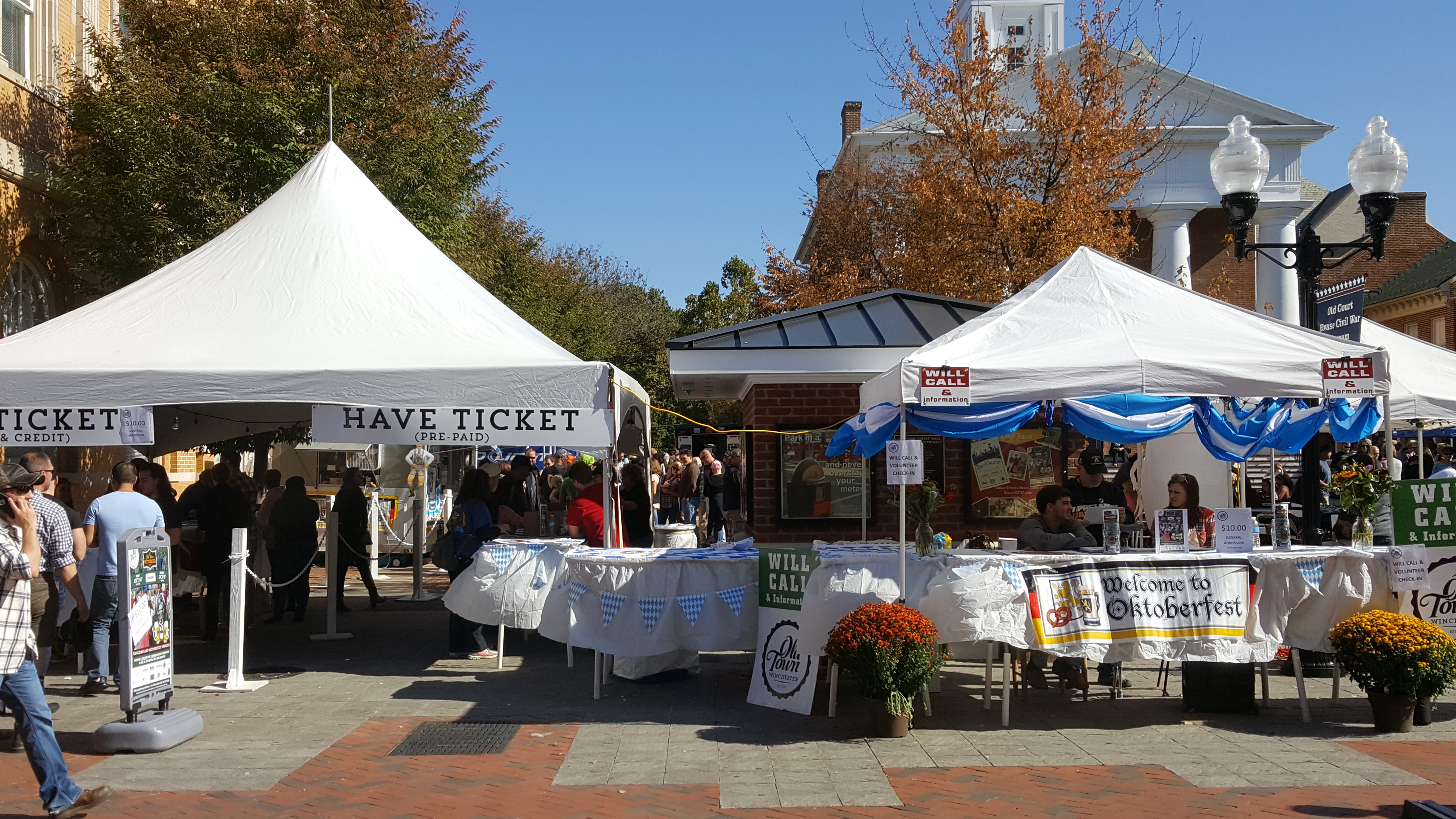 The reason for all that joy and life was the Old Town Octobeer Fest, which was happening back in the historic downtown. Brewers from all over the Mid-Atlantic had come to town to let people sample their wares, and there was German music food to enjoy as well. I hadn’t had any idea this was going on when I decided to come to Winchester, so running into it on my arrival was a pleasant surprise. 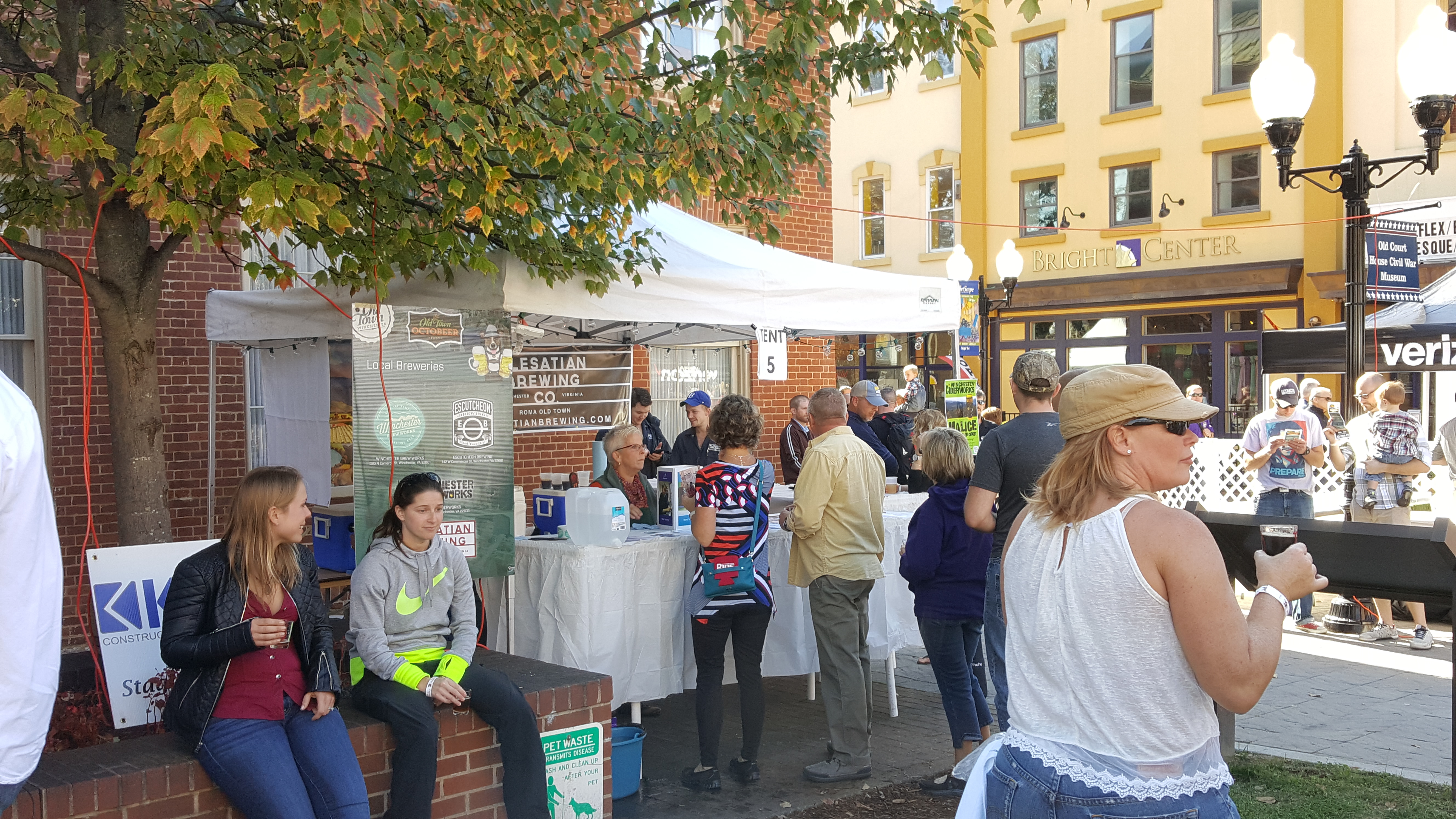 For $5, you could get a tasting glass and tickets to try up to three different brews. I sampled a cream ale from Winchester Brew Works, a kölsch from Blue Mountain Brewery, and an Irish red from Tröegs Independent Brewing. All three were very good, though I think the cream ale was my favorite.

Beyond the beer there was music, and plenty of people in traditional Bavarian costume out enjoying the day. 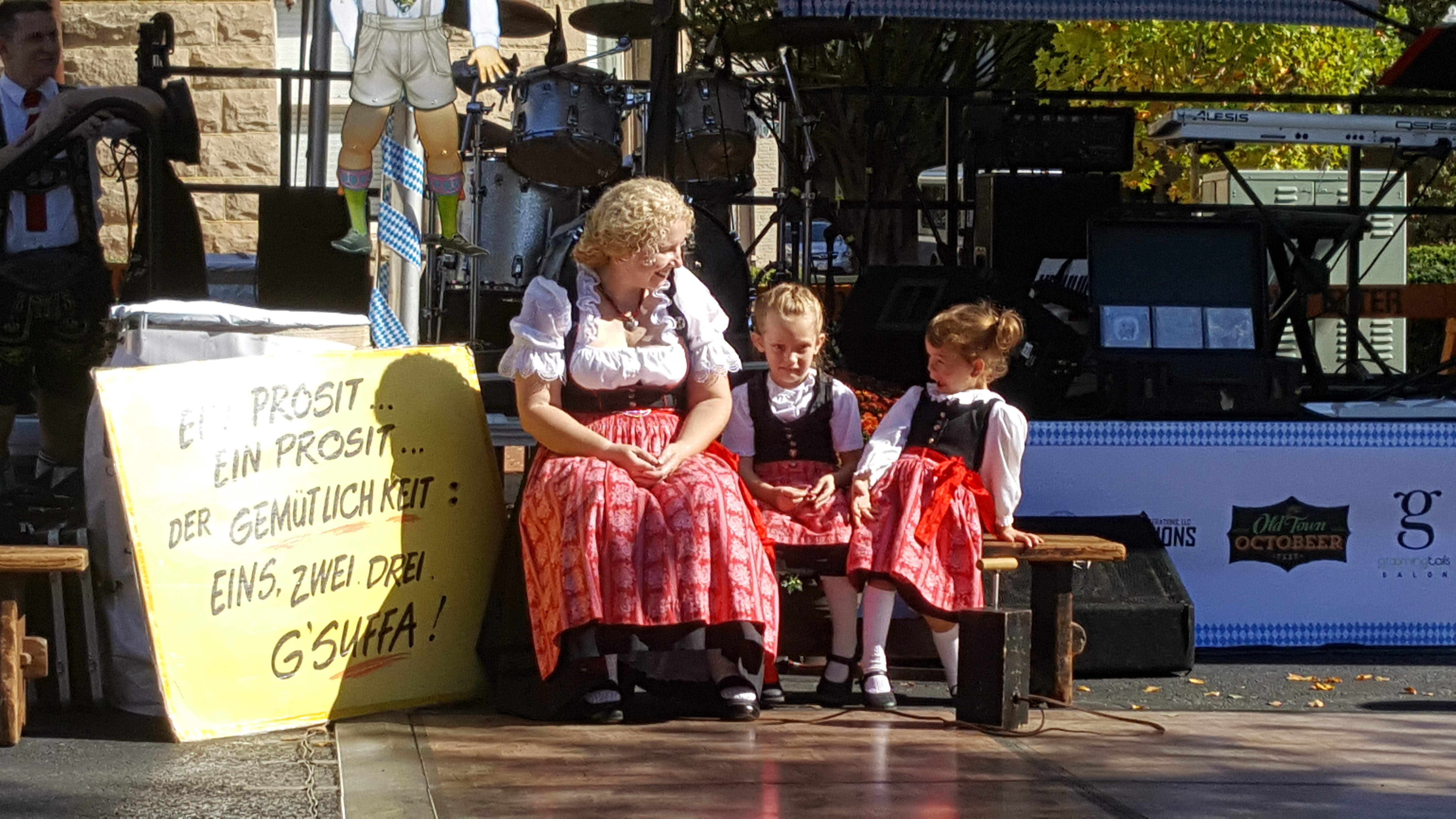 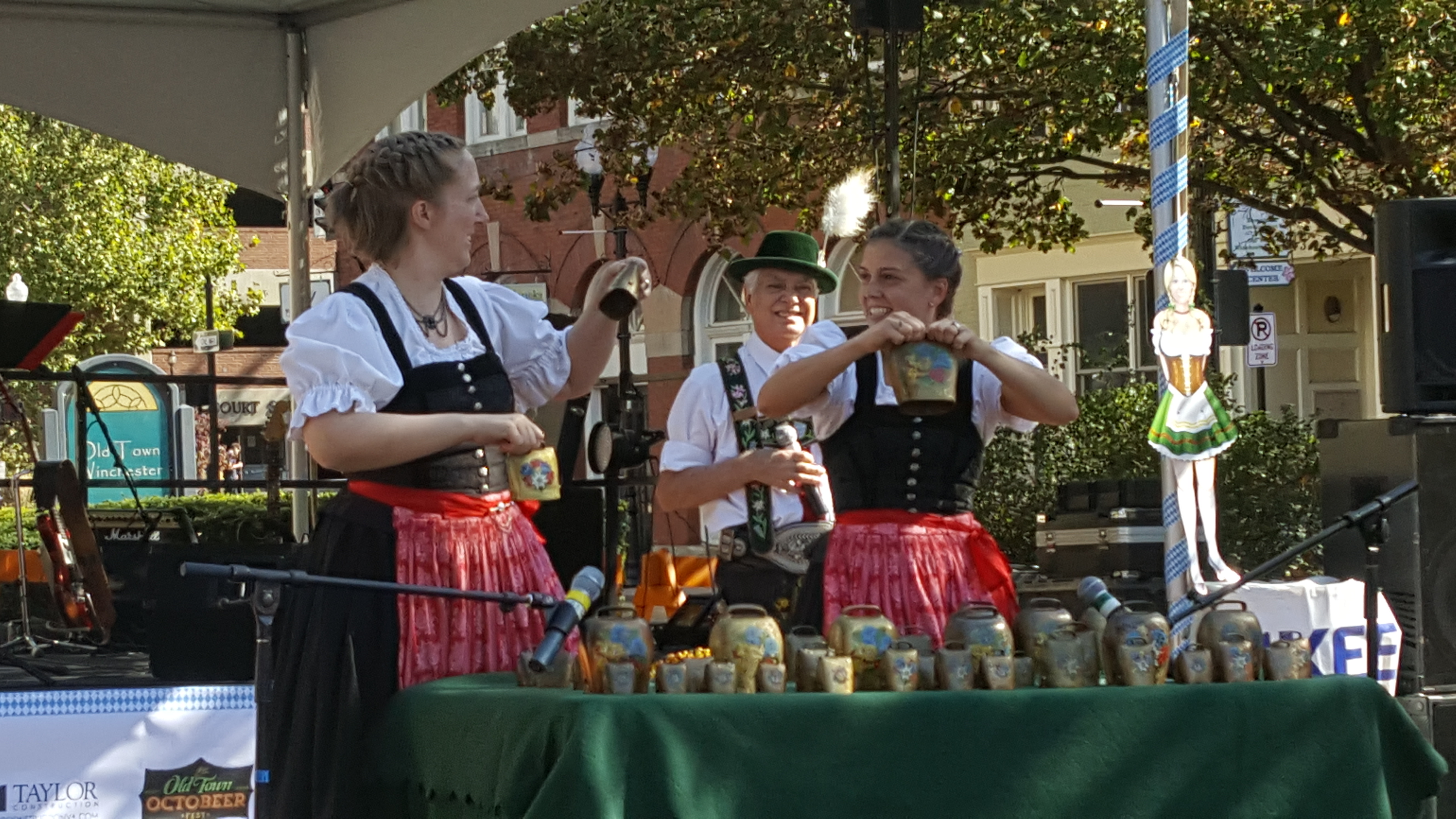 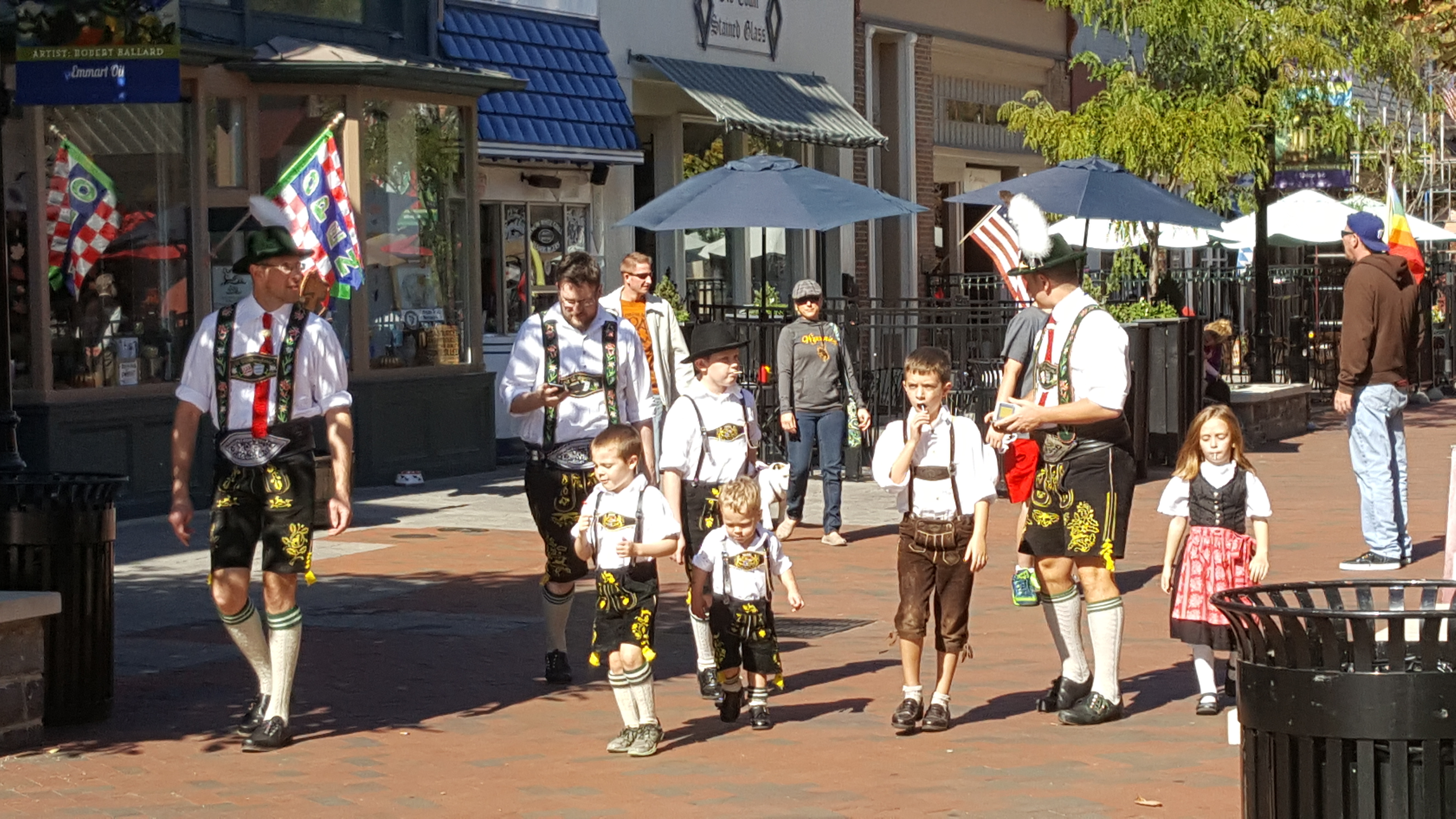 As the day waned and I left the fest, I wanted to find a place where I could sit down for a little while and sort through the pictures I’d taken. I’d be remiss if I didn’t tell you about the place I ended up, because it was a lot of fun. 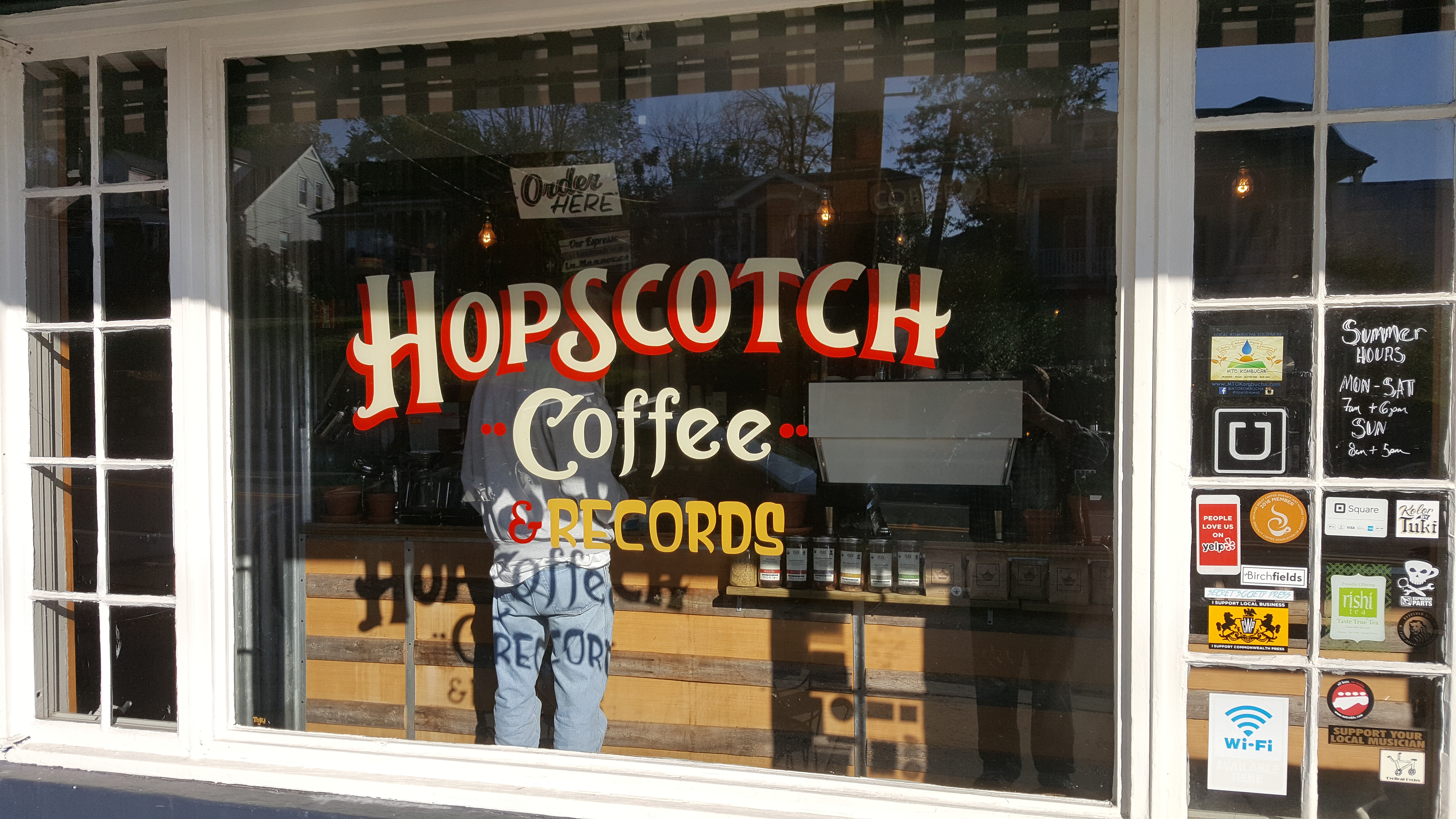 Hopscotch Coffee & Records is a cool little coffee shop a few blocks from the historic downtown. It’s small enough that it’s easy to miss if you’re driving by, but keep your eyes peeled, it’s worth a stop. 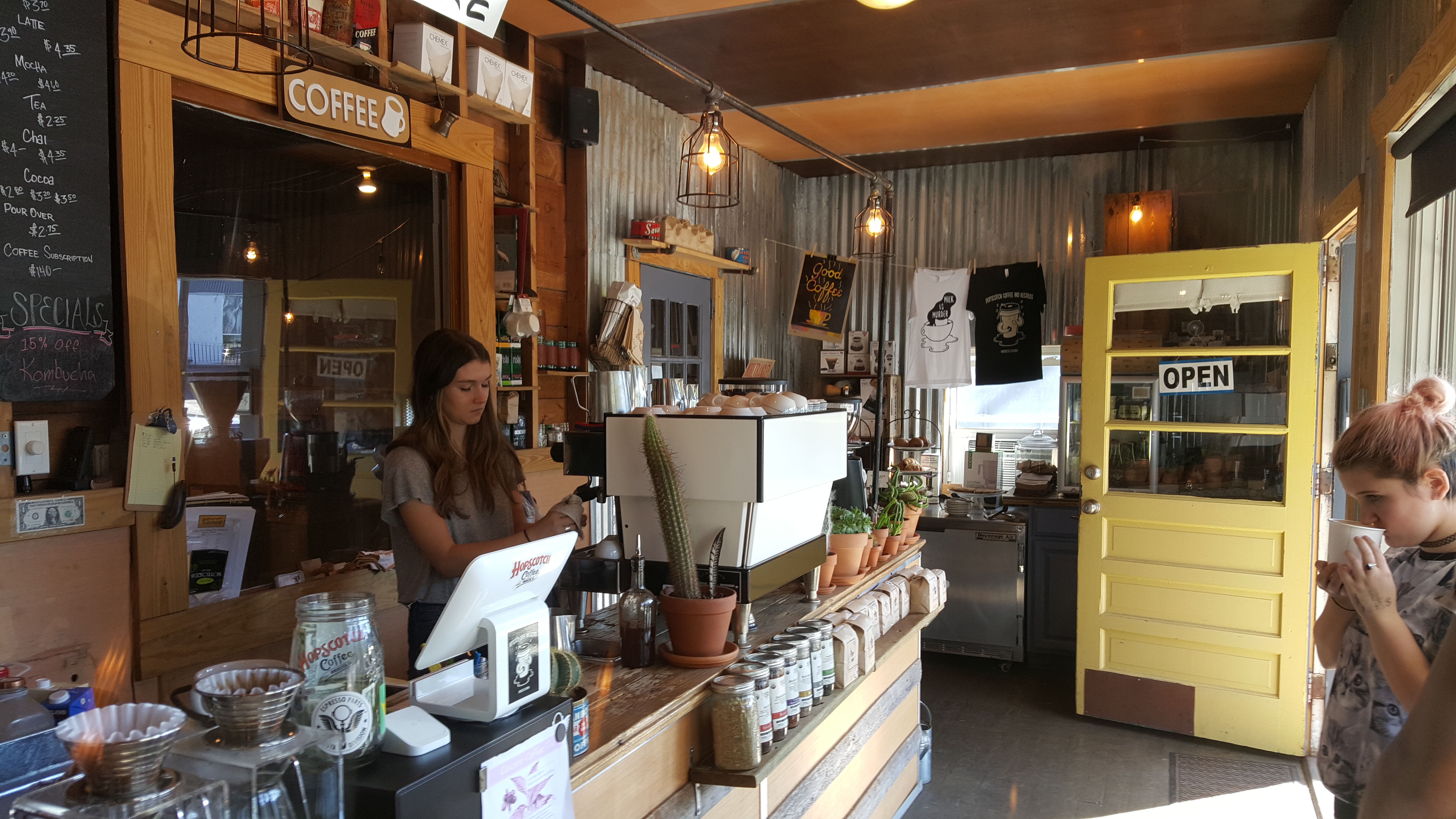 First off, the coffee is good. Like, really good. They have a variety of drinks available, from espresso-based to pour-overs. The service is fast and friendly, too.

Second, while the space looks tiny when you first walk up to it, those appearances are deceiving. Because once you have your coffee, you walk through a door to a big, roomy downstairs lounge that’s kitted out like the funkiest basement rec room ever. 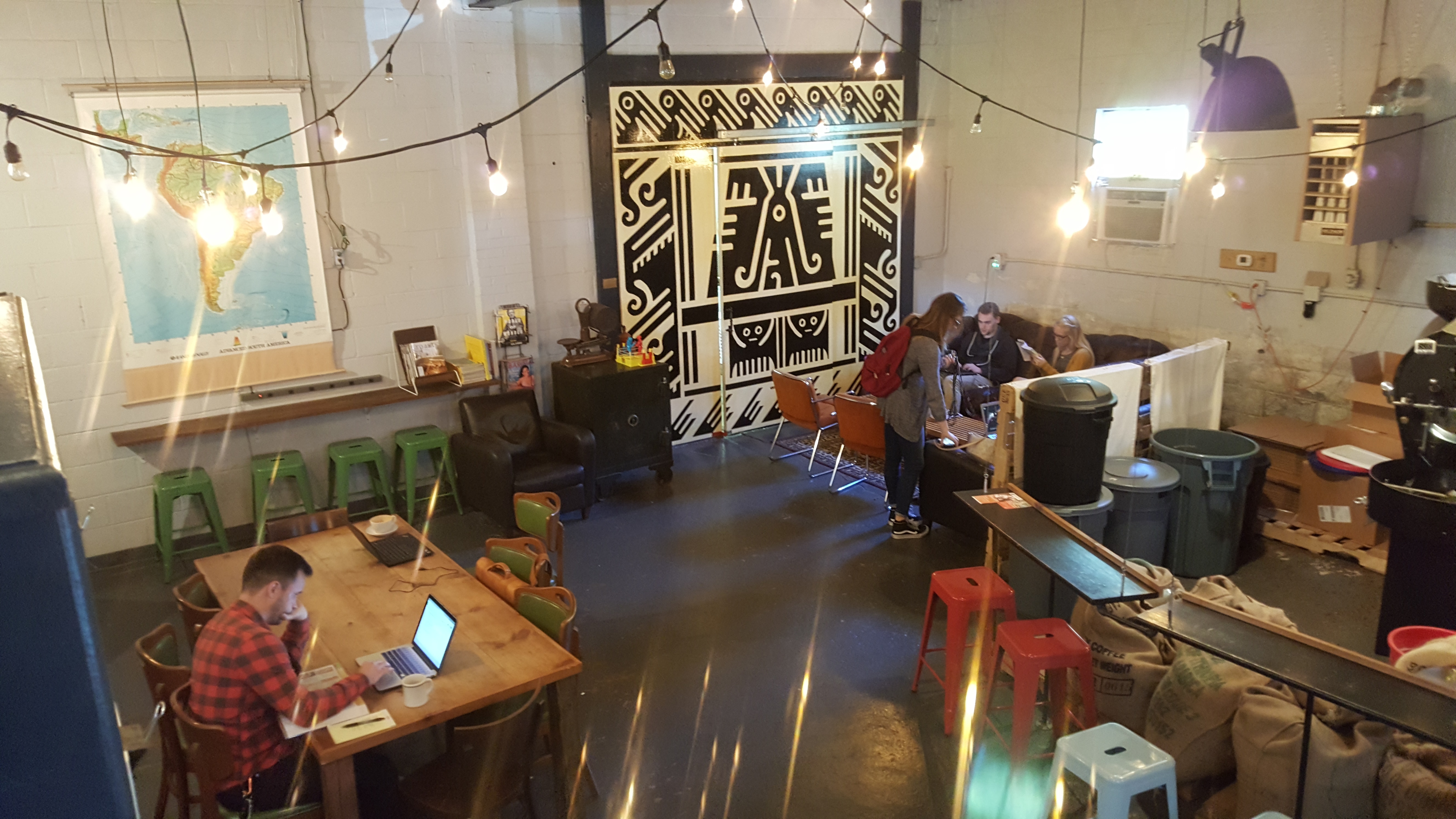 There’s plenty of comfortable places to sit, lots of wall outlets so you can charge your phone or laptop, a record player stocked with a library of vintage LPs, and a fun, welcoming vibe. There’s a college a little ways down the street, and Hopscotch feels like the sort of place that would be hopping on a Friday night.

So anyway, that’s my story of Oktoberfest in Winchester. Want more pictures? You can access my complete, raw camera roll from the day on Flickr; all photos are Creative Commons-licensed, so you easily re-use them if you want to.