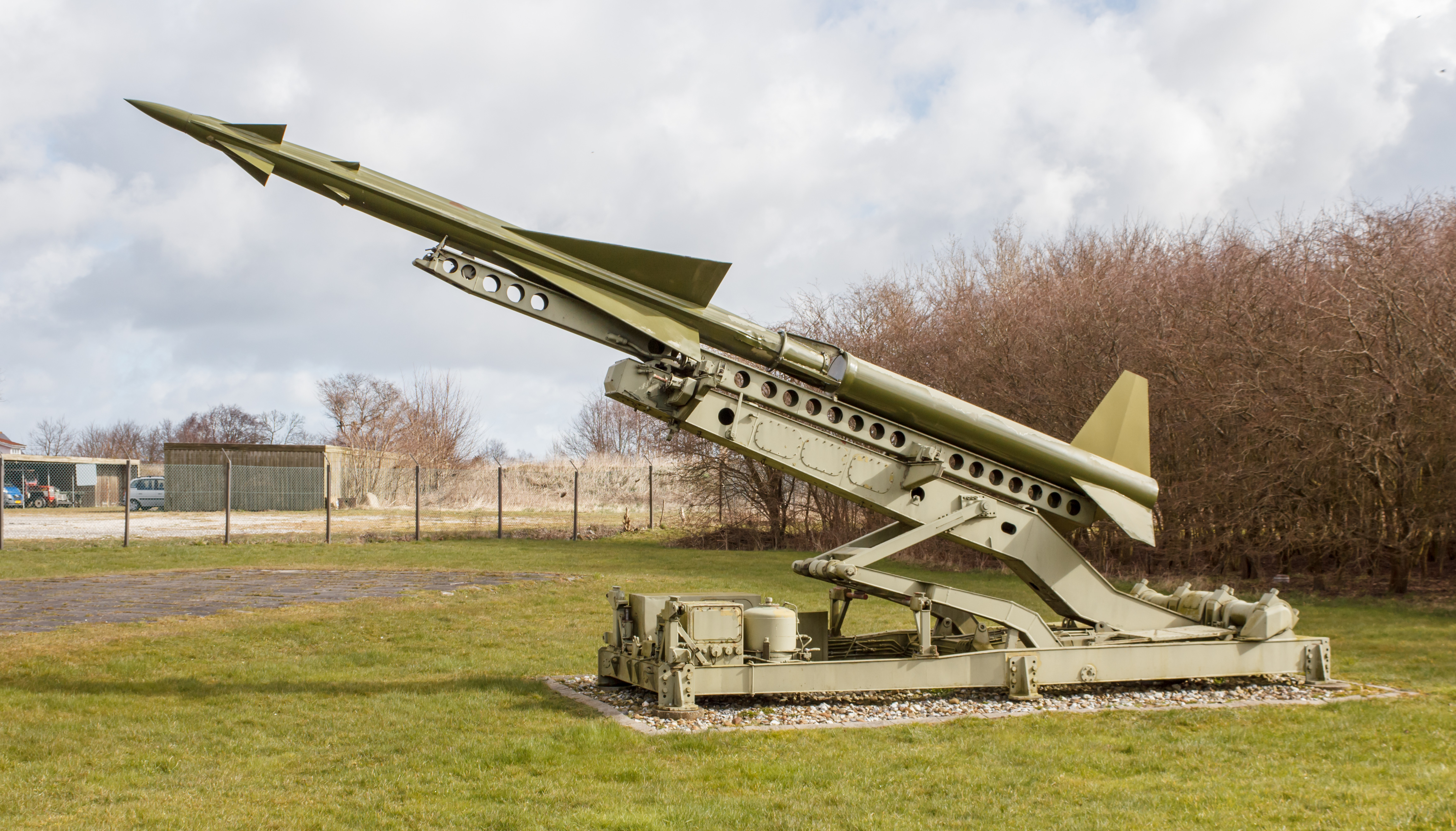 The Army started working on the anti-aircraft missile problem in 1944, before World War 2 had even ended.

Startled by the appearance in European skies of fast-moving Nazi jets, the U.S. Army Air Forces (USAAF) — the Air Force would not become an independent service until 1947 — put out a request for proposals from private industry for an anti-aircraft missile system to counter them. The proposal they accepted, from Bell Laboratories, would grow into what was known as Project Nike.

Named for the Greek goddess of victory, Project Nike was an ambitious effort to defend America’s cities from atomic attack by ringing them with batteries of high-speed, long-range anti-aircraft missiles. Guided by radar stations on the ground, the missiles would knock enemy bombers out of the sky long before they could reach their targets.

The Nike effort moved fast. By 1951, a test rocket had shot down its first target, a remotely-guided B-17 Flying Fortress.

Construction of missile batteries in 40 “defense areas” surrounding major cities followed. By 1960, more than 250 Nike launch stations had been erected around cities across North America.

(While these sites are now abandoned, many are still accessible to visitors; one, outside San Francisco, has been preserved and incorporated into a national park.)

The first missile produced to fill all those batteries entered service in 1954: the MIM-3, christened at first “Nike I” and then later “Nike Ajax.” Nike Ajax seemed at first like a potent solution to the fast-bomber problem. The missile flew at speeds greater than Mach 2, over ranges as far as 30 miles and altitudes as high as 70,000 feet. It carried three warheads, each filled with conventional explosives. And it was affordable enough to be purchased in great numbers — when the Ajax production lines finally closed down, 13,714 missiles had been delivered.

This optimism proved illusory, however. Improved jet engines meant bombers could speed across distances faster and faster, making Ajax’s 30-mile range seem less comfortable than it first had. While Ajax’s conventional warheads packed enough punch to bring down a single bomber, that wasn’t good enough when combined with the limited capabilities of radar sets of the time (which had trouble picking out single targets from within a group flying in formation) and the possibility of raids by hundreds of bombers. And Ajax rockets were liquid-fueled, which created new sets of problems; liquid-fueled rockets have to be fueled immediately before launching, which slowed down Ajax’s response time, and liquid rocket fuels require extremely delicate storage and handling to avoid causing accidental combustion.

Furthermore, the reputation of Ajax suffered serious blows from two high-profile accidents. The first came at Fort Meade on April 14, 1955, when an Ajax missile was accidentally launched during routine maintenance, exploding high in the atmosphere between Washington, D.C. and Baltimore. No fatalities or property damage were caused by the launch; the main damage was to Ajax’s (and the Army’s) reputation, since the accident occurred right on the doorsteps of Congress and the national media.

A more serious accident occurred on May 22, 1958, when an Ajax missile exploded on its pad outside Leonardo, New Jersey. The explosion set off a chain reaction among other nearby missiles; by the time it was all over, eight missiles had exploded, and six servicemen and four civilians had lost their lives.

Bell Labs responded to these criticisms in the late ’50s with an improved missile, the MIM-14 “Nike Hercules.” 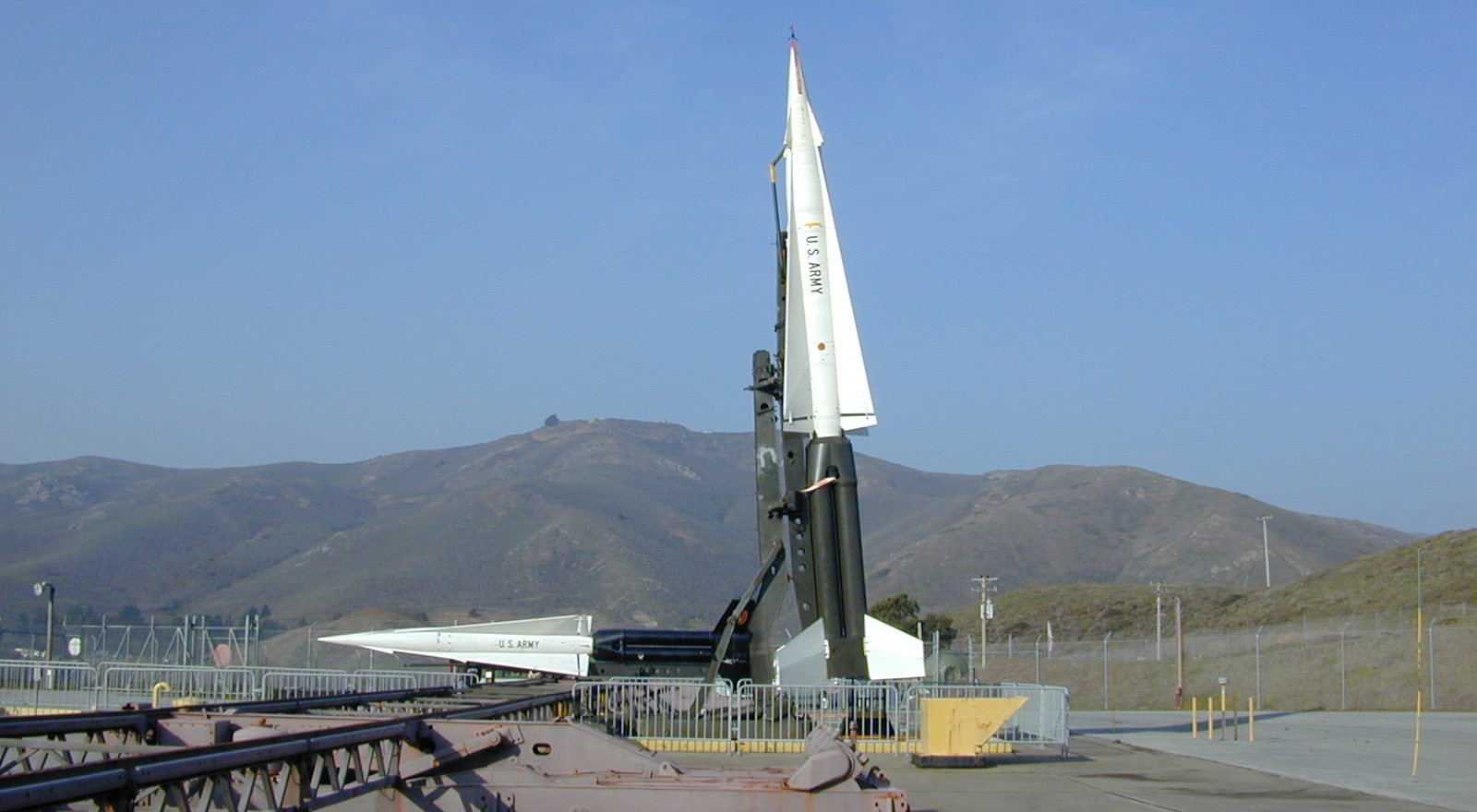 Hercules was everything Ajax was not. It replaced Ajax’s liquid fuel with safer, more stable solid fuel. It could reach out 90 miles to knock down its targets, rather than just 30. And its bigger frame meant it could replace Ajax’s conventional explosives with an atomic warhead packing as much as 20 kilotons of explosive force. (“Little Boy,” the atomic bomb that destroyed Hiroshima, was a 15-kiloton weapon.)

Recognizing how advancements in technology had reduced the effectiveness of Nike Ajax, in 1958 the Army began a concerted push to phase out Ajax installations and replace them with Hercules. By 1963, 163 Hercules batteries had been set up, and Ajax almost completely phased out.

But by the time Hercules came along, Project Nike was not the only game in town. The U.S. Air Force, newly established as an independent service separate from the Army, had made its own plans to seize the mission of defense from atomic bombing away from the Army and claim it for themselves — and those plans would come to fruition in two projects that would directly challenge the primacy of Nike.